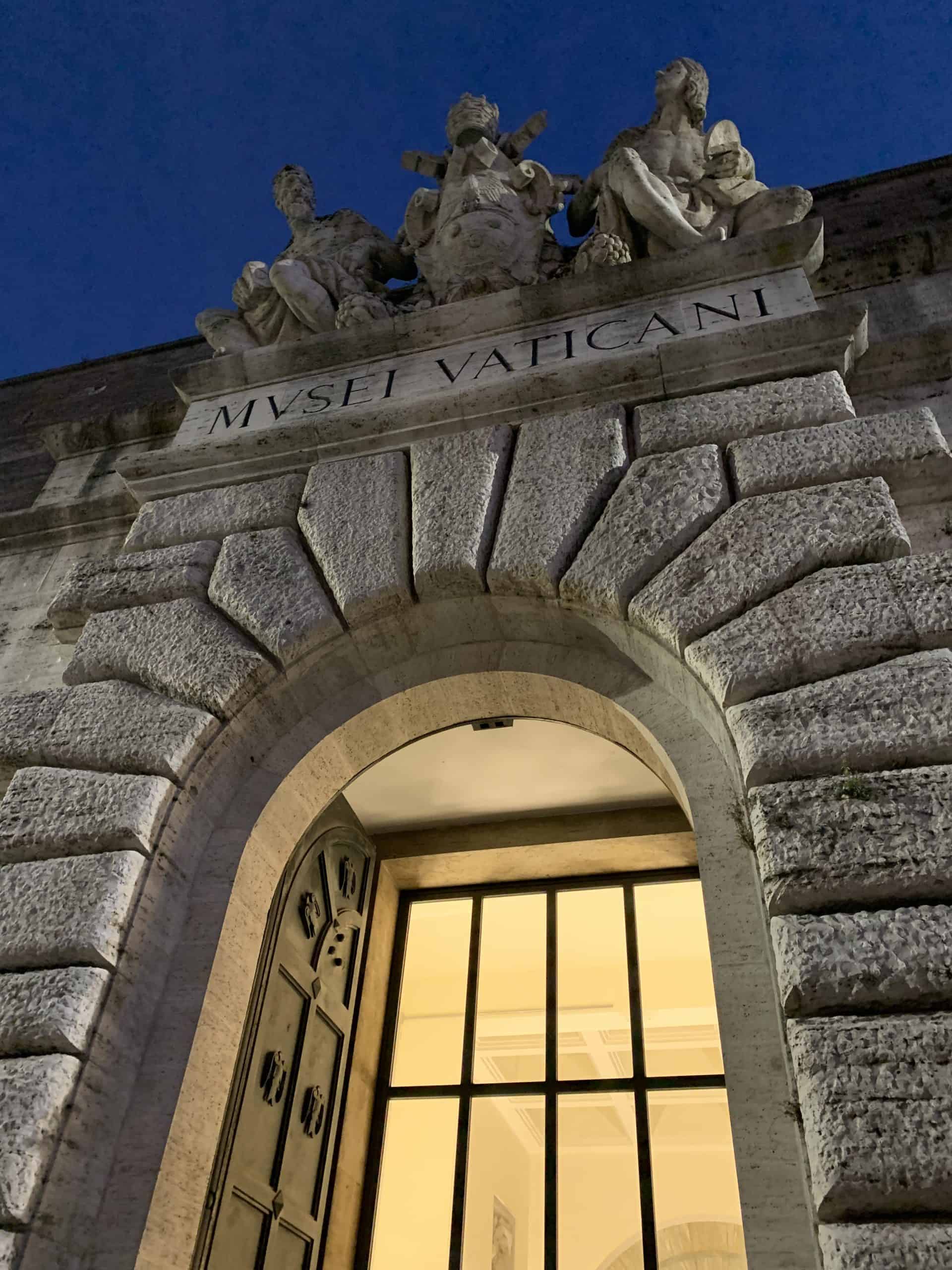 The Vatican Museums were founded by Pope Julius II in 1506 and opened to the public in 1771 at the behest of Pope Clement XIV.

The Vatican Museums are among the most visited museums in the world and are rich in works of art. Along the exhibition route we can find:

1. Courtyard of the Pigna

In this courtyard is the Sphere inside the Bronze Sphere by Arnaldo Pomodoro.

On one side of the courtyard is the bronze sculpture of the Pignone, a work found in the Middle Ages mentioned by Dante Alighieri in the Divine Comedy.

The rooms of this museum are nine, passing from cult objects of ancient Egypt to the room that preserves ancient mummies.

This museum is the largest complex of the Vatican Museums as it has 12 rooms with collections from the Roman and Greek periods. Here is the Laocoon Group, a sculpture that recreates an episode taken from the Aeneid.

This sculpture is important because it represents a key episode for the foundation of Rome. The attack and death of the characters depicted in the sculpture allowed the escape of Aeneas and consequently the creation of Rome.

This area of the Vatican Museums is home to famous statues, including the Nile Statue. The statue depicts the Nile lying on its side and resting on the Sphinx, strongly recalling Egypt together with the exotic animals present in the work.

A curiosity of this statue is that it was transferred to the Louvre due to the military victories of Napoleon who forced the Papal States to sell some of his works. Subsequently, after the defeat of Napoleon, the Vatican obtained the return of the statue of the Nile.

Along the walls of this corridor of 120 meters, you can admire the geographical maps of all the regions of Italy made between 1580 and 1585.

As you can well understand from the name, the decorations were made by Raphael and his students to decorate the new papal apartments built between 1508 and 1524.

The most important fresco is that of the School of Athens, made in the early 1500s and located in the Stanza della Segnatura.

Here you will find numerous masterpieces by artists such as Raphael, Leonardo, Giotto, Titian and Caravaggio.

The Helical Staircase is one of the most spectacular and well-known stairs in the world. Many visitors see it simply as the exit from the Vatican Museums while being a masterpiece of architecture.

Attention! Many visitors think that there is nothing else after the Helical Staircase, as it allows you to get out of the Vatican Museums. Actually, the Carriage Pavilion is in a detached section that is located in the courtyard leading to the exit.

In this pavilion you can admire carriages and cars that have used the Popes over time. In the first section are the official means of transport of the Pope, such as sedan chairs and ancient carriages. The second section is dedicated to cars, among which we find many specimens donated to the popes by the main Italian and foreign car manufacturers.

The most important popemobile exhibited in the Pavilion is the Fiat 1107 Nuova Campagnola on which Pope John Paul II suffered, on May 13, 1981, the attack in St. Peter’s Square.