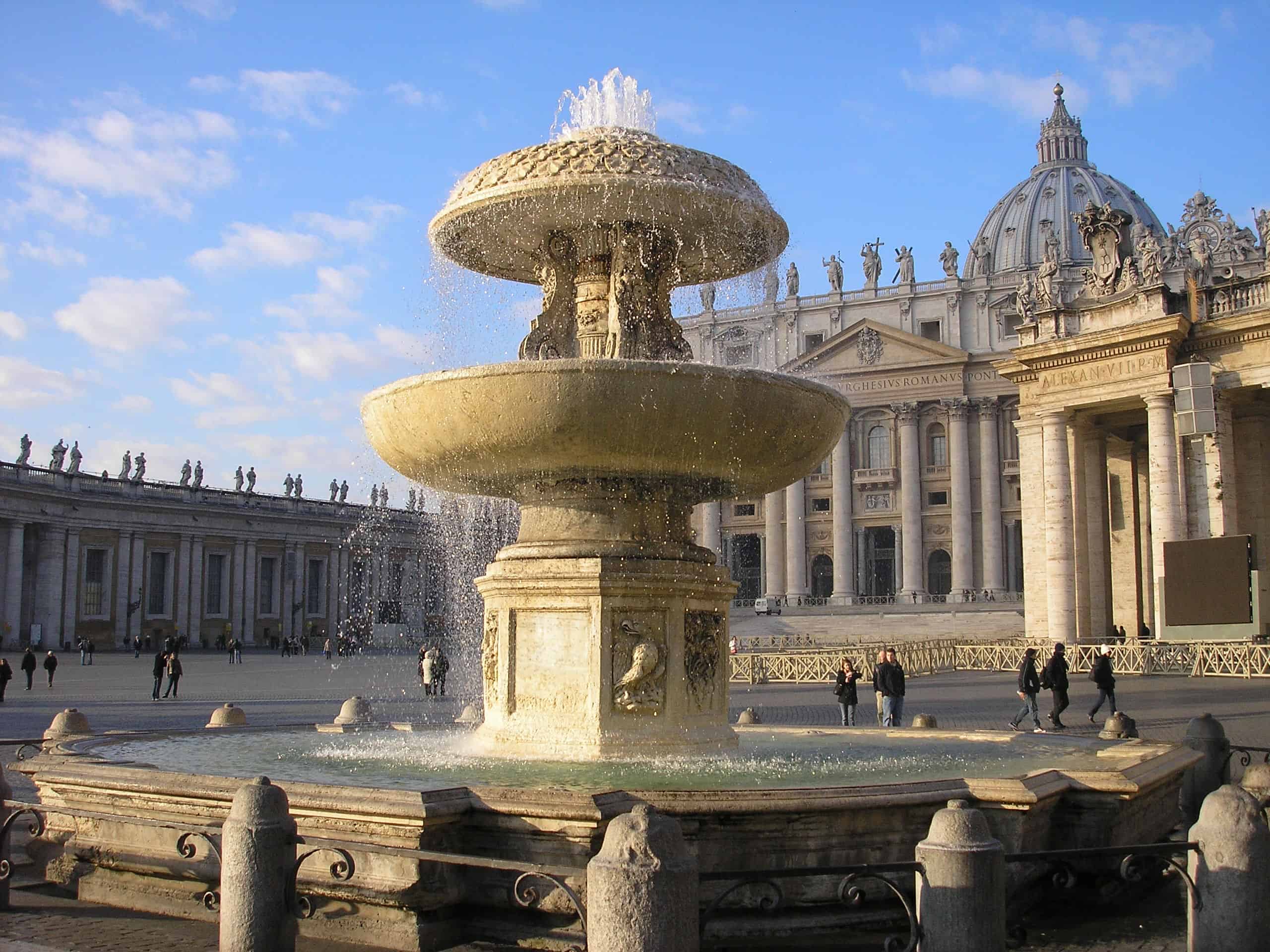 St. Peter’s Square with its colonnade frames the largest Basilica in Christianity

In these places stood the circus and the gardens of Nero, where many Christians including St. Peter suffered martyrdom.

At the center of St. Peter’s Square we find the Egyptian obelisk without hieroglyphs built under Ramses II and transported to Rome by Caligula in 37 d.C. to decorate the “forum Iulii”.

Pope Sixtus V had it transported in 1586 and 70 years later, when Bernini succeeded Maderno in the work for the Basilica, the construction of the large elliptical colonnade that frames the façade and delimits the square began.
It is composed of a quadruple row of 284 columns and 88 pillars placed to form an elliptical plan that in the artist’s idea served to “collect” the world of Christianity.

In the upper part of the Colonnade, in correspondence with each column, there are 140 statues almost 3 meters high depicting, among others, St. Paul, St. Stephen, St. Francis of Assisi, several popes and martyrs.

Between the elliptical wings and the façade of the Basilica there is a large rectangular churchyard.

In 1936 Via della Conciliazione was built which gives symmetrical and monumental access to the Square. For this operation the ancient and picturesque medieval and Renaissance village with its narrow and characteristic streets was sacrificed. This controversial realization was also intended to put an end to the centuries-old disagreement between Church and State.

The Colonnade also marks the border between Vatican City State and Italy.