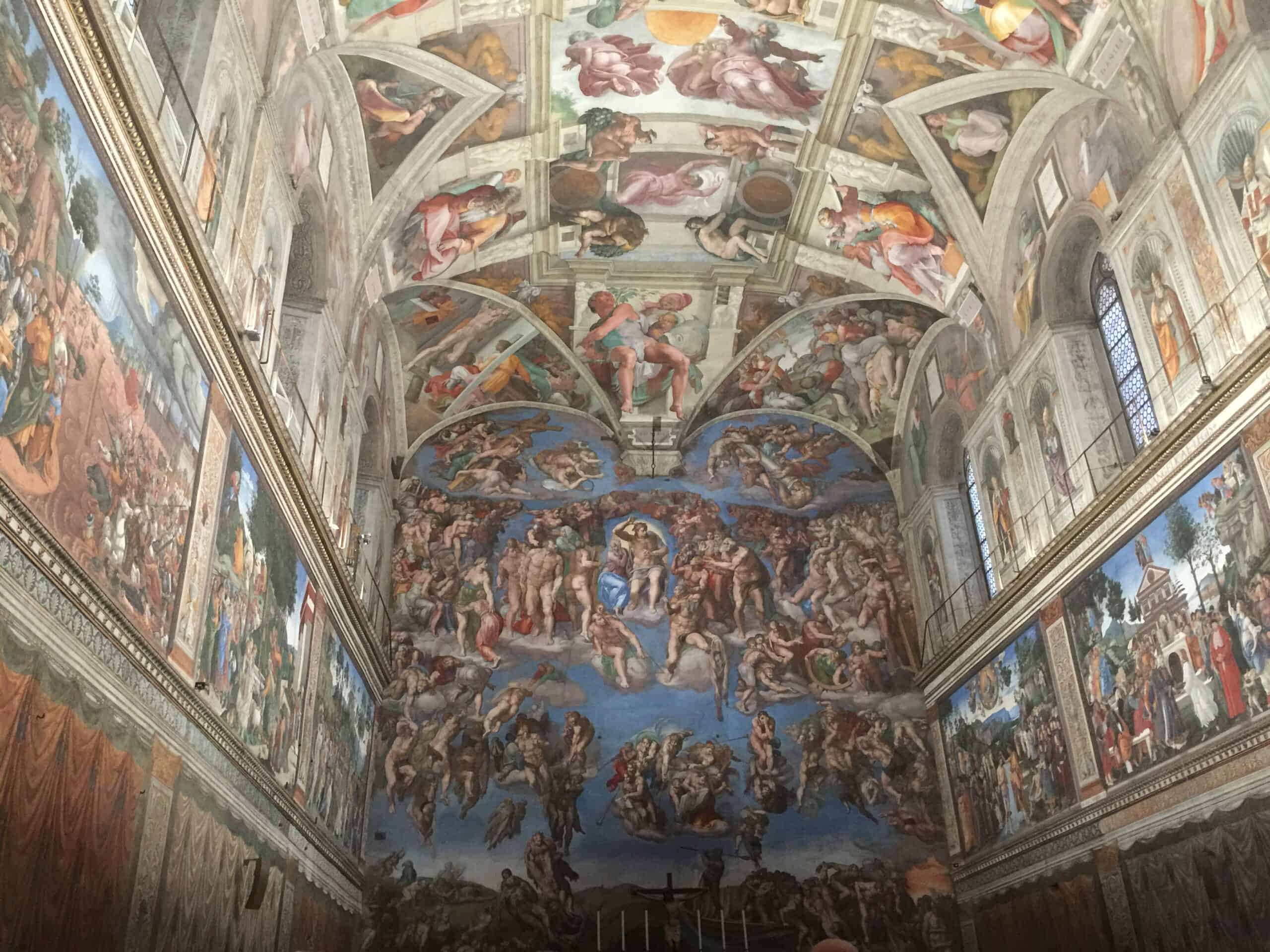 The Sistine Chapel is one of the chapels of the Apostolic Palace, the official residence of the Pope.

Its name comes from Pope Syntus IV who ordered its restoration between 1473 and 1481.

On the orders of Pope Julius II Michelangelo decorated the vault of the chapel, all the ceiling frescoes of the Sistine Chapel are the work of this brilliant artist who needed four years to complete the work, from 1508 to 1512, creating an unprecedented work of art and that would change the course of Western art.

The Sistine Chapel is the seat of the Conclave, a meeting where the cardinals of the Catholic Church meet to elect a new Pope.