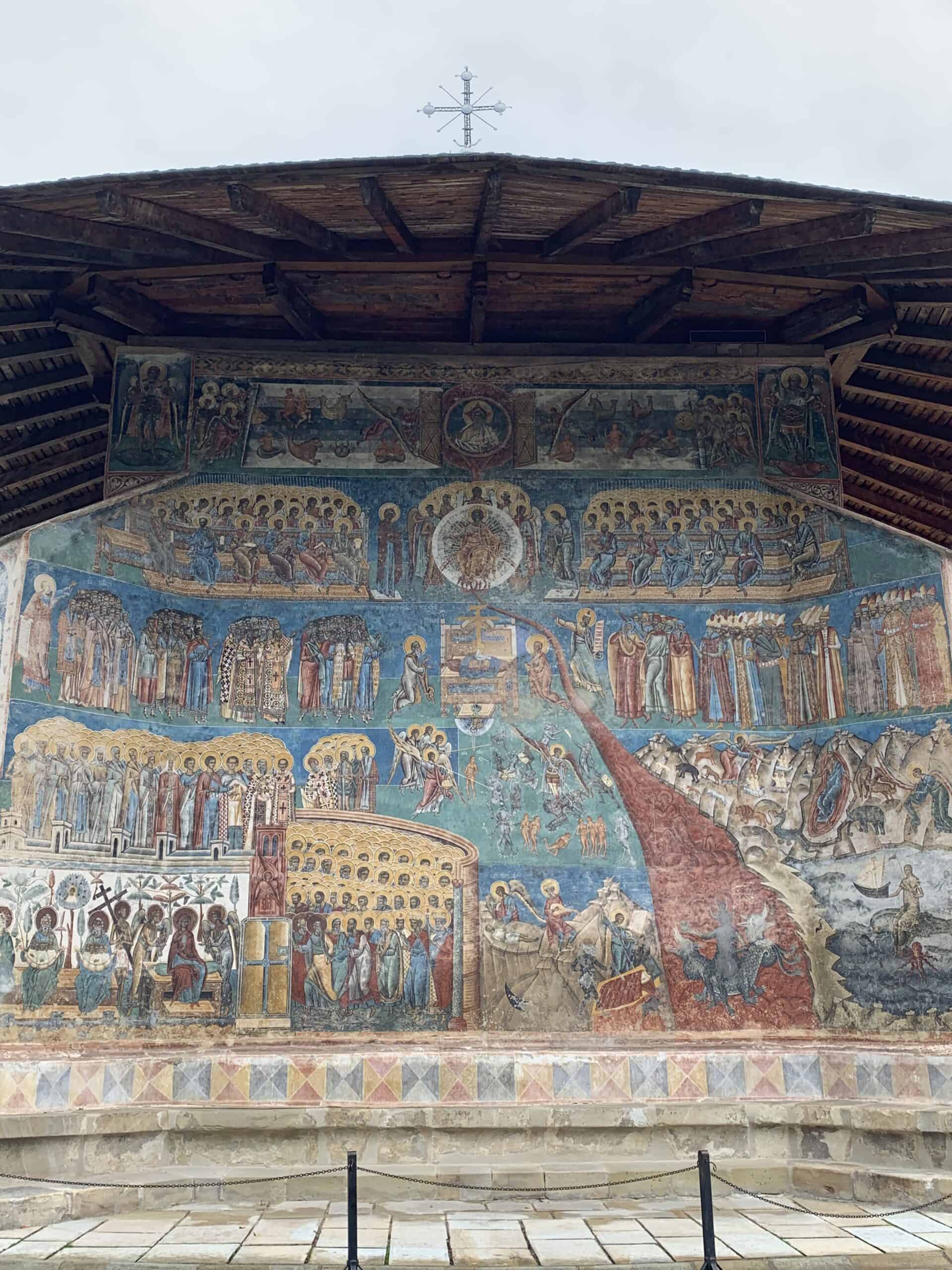 Voroneț Monastery is an Orthodox monastery, near the town of Gura Humorului, in the District of Suceava. Since 1993, along with other monasteries in the area, it is part of the UNESCO World Heritage Sites.

His main painting, which covers the entire western façade, is the Last Judgment made in 1547.

Nicknamed “Sistine Chapel of the East”, the Monastery of Voroneț, is also famous thanks to the shade of intense blue (Blue of Voroneț) with which the internal and external walls have been frescoed. It seems that, even today, the exact composition of the pigment has not yet been found.

It is said that, at the end of the sixteenth century, Emperor Rudolf II of Habsburg sent two alchemists to Voroneț to study the secret of the color blue. They came, took fragments and took them to Prague to study their composition but they could not recreate the blue of the frescoes.