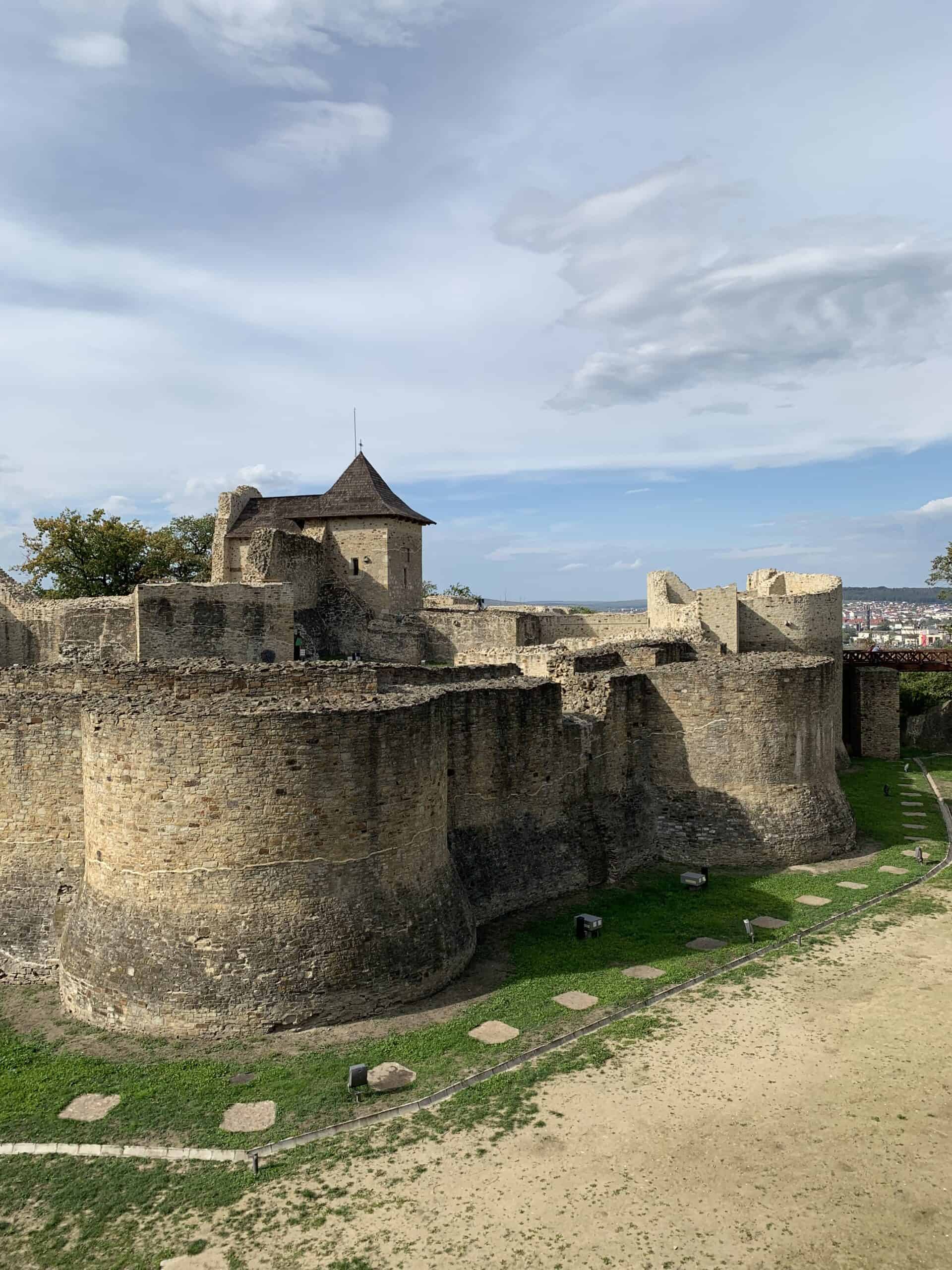 On the top of the hill northeast of the center of Suceava is the Suceava Fortress also called the Throne of Moldova.

The Fortress was built in 1388 by order of Petru Musciat when he moved the capital from Siret to Suceava.

This imposing fortress was intended both as a royal residence and a fortification against the Ottomans.

In 1476 Muhammad II, the conqueror of Constantinople, attacked the Fortress without any success. The Fortress was besieged again in 1485 by the Ottomans, then in 1497 by the Polish armies but none of these attacks led to the surrender of the Fortress.

In 1538 with the surrender of the highest military offices, dissatisfied with the authoritarian policy of Petru Rares, the Fortress was handed over to Suleiman the Magnificent.

In 1675 the Fortress, by order of the Ottomans, was blown up and abandoned while in 1684 the entire north side collapsed after a strong earthquake. For over two centuries the Fortress of Suceava remained abandoned.

In 1775 Suceava became part of the Habsburg Empire with northern Moldova and was ceded after the First World War to the Kingdom of Romania.

The Fortress of Suceava today consists of two concentric citadels: the inner one takes the name of Fortul Musatin, has a rectangular shape and an inner courtyard, and corresponds to the original Fortress. Later, in the second half of the fifteenth century, King Stefan cel Mare expanded the structure by adding a second circle of defensive walls, which entirely surround the original structure.

Today the Suceava Fortress is one of the symbols of the city and one of the main tourist attractions.