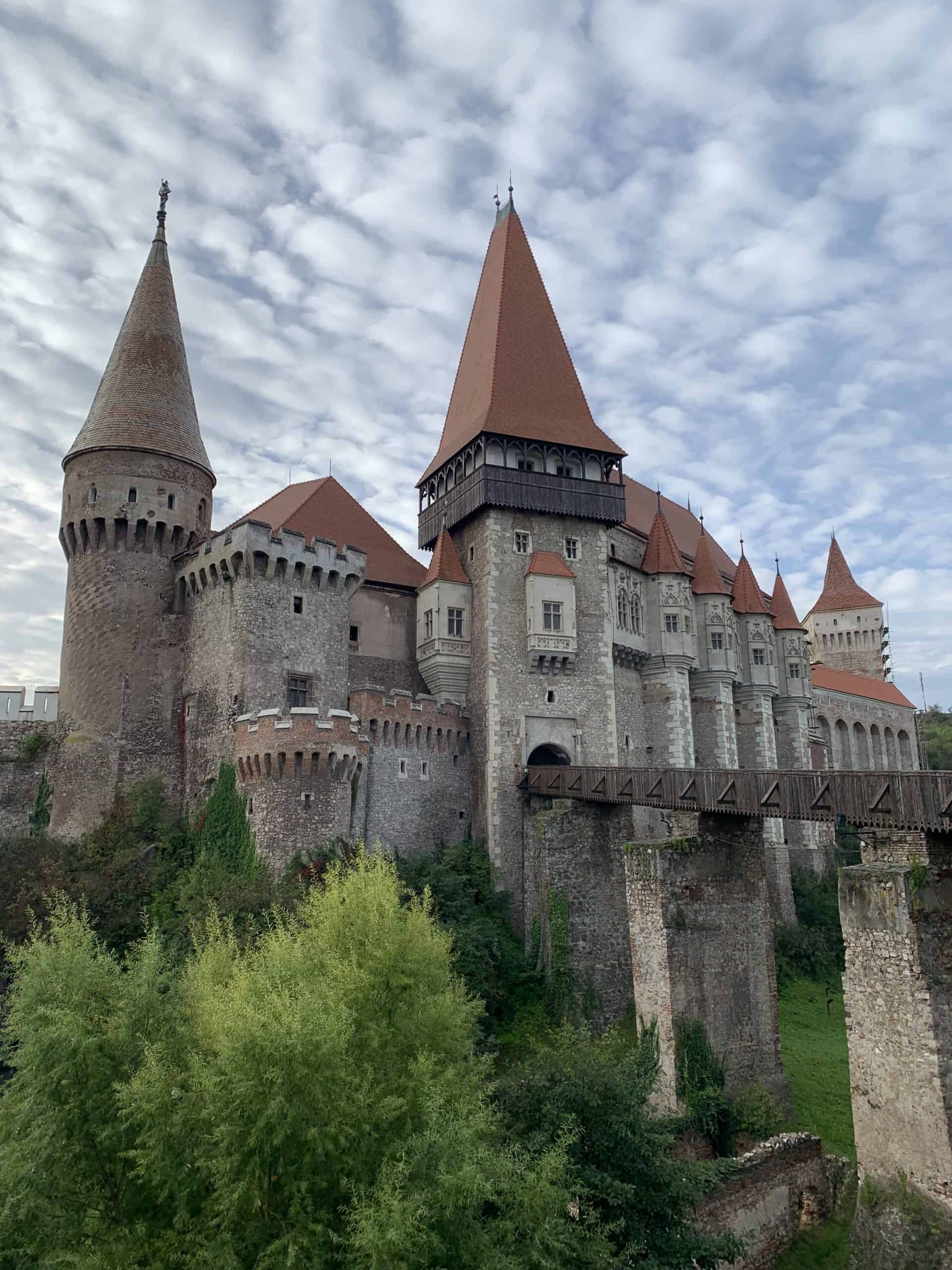 In the heart of Transylvania stands Hunedoara, a town of about 60,000 inhabitants. In this city is the Castle of Corvino, one of the largest castles in Europe and one of the seven wonders of Romania.

It was erected, in Gothic-Renaissance style in 1446 but to transform the structure into a real fortified Castle was Ioan de Hunedoara, one of the most important military and political leaders of the fifteenth century in Europe who distinguished himself for the numerous wars against the Turks managing to defeat them by stopping the offensive towards Western Europe. It was used as a fortified noble residence by the Hunyadi (also called Corvino) then as a noble residence by important Transylvanian families until 1724 when the Habsburgs occupied it transforming it into an iron deposit. The castle went into ruins until, in the nineteenth century, renovations and subsequent transformation into a museum began.

The castle appears as a solid and imposing fortress surrounded by a moat in which the waters of the Zlaști River flow placidly.
You then enter the large internal courtyard overlooked by the main building that houses the diet room and that of the Knights. On the opposite side of the courtyard is the Matia Wing characterized by a Renaissance-style loggia.

The history of the Castle is linked to two different legends.

The first legend concerns the name and coat of arms of the Corvino family, consisting of a crow holding a golden ring in its beak. It seems that Ioan de Hunedoara was an illegitimate son of the King of Hungary Sigismund. The King, to avoid her shame, gave the unborn child a ring out of gratitude when he came to court.

The other legend is instead linked to the well that seems to have been dug by three Turkish prisoners that Ioan de Hunedoara kept in the Castle. Ioan promised them that if they could dig a well to supply the Castle with good water he would free them. The three dug for 15 years and succeeded in the enterprise reaching a depth of 28 meters. Meanwhile, Ioan died and the fate of the prisoners depended at that point on the will of his wife, who decided to violate the covenant made and have them killed. The three, in revenge, then engraved the inscription “You will have water, but you do not have a soul. In fact, there is an inscription in Arabic characters on one of the buttresses of the chapel that reads “Who wrote it is Hassan, prisoner of the cliffs in the Fortress”.