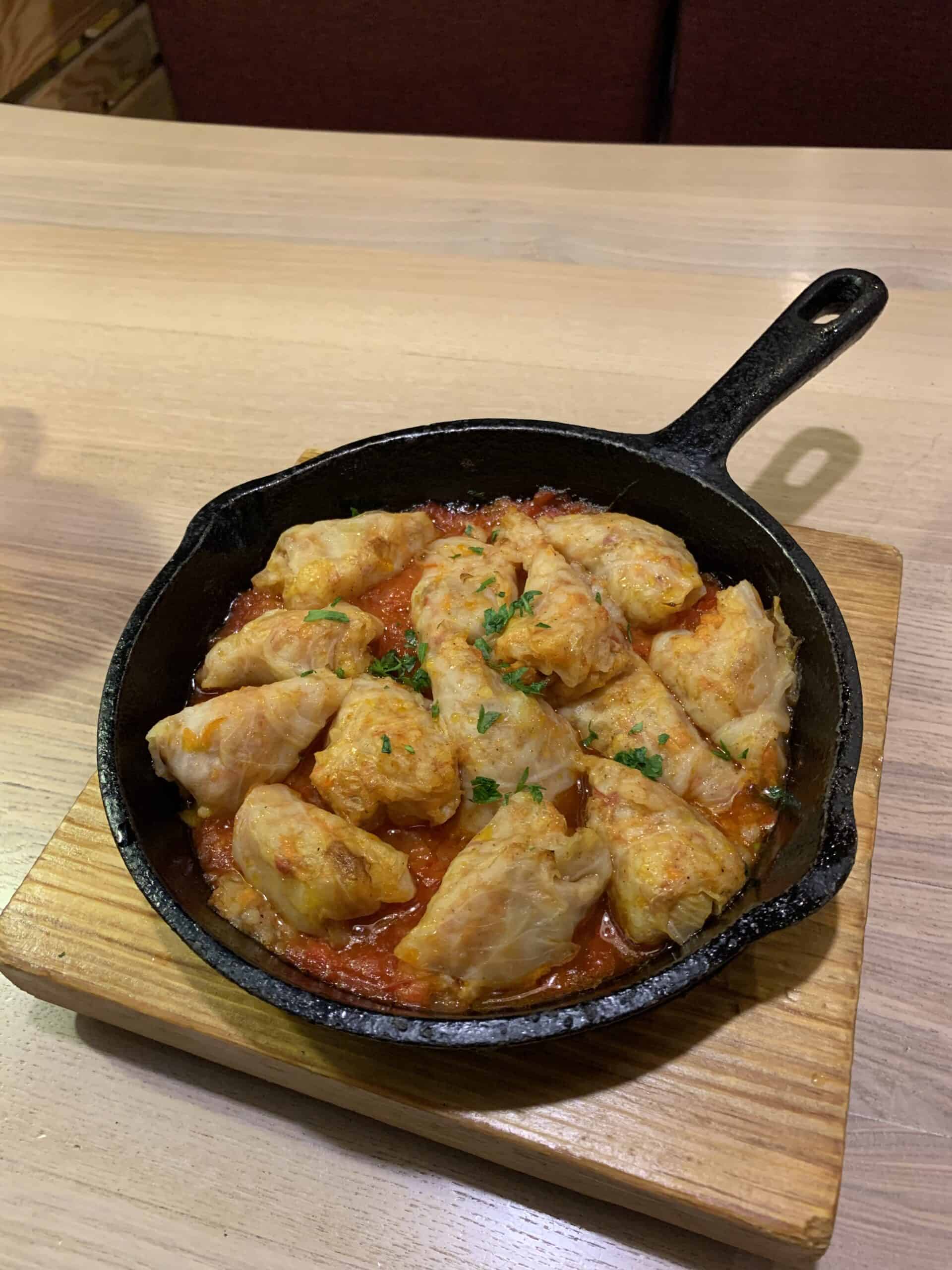 Moldovan gastronomy certainly owes the merit of its richness to the historical vicissitudes that have brought the country into contact with varied culinary influences from the peoples close to it in different eras.

The effects of ottoman influence can be observed in the combined preparation of meats, in the propensity to use lamb meat and in the identical names of some dishes, common in all Balkan countries that were subjected to the Turkish Empire.

Traditionally, however, the food in Moldova is very similar to the Romanian one, but with a greater Russian and Ukrainian influence.

Vareniki is a typical dish of Ukrainian cuisine. They are small triangular ravioli that can be made with various fillings.

Sarmale are small rolls of vine leaves filled with rice and meat. The rolls are cooked inside glazed terracotta containers, usually in the oven. Sarmale are a very famous dish also in Romania, in the Balkans and throughout the Caucasus area, where the traditional recipe involves both the use of cabbage and vine leaves.

The placinte are savory or sweet focaccia prepared with bread dough (only water, flour and oil) pulled thin and stuffed with sheep’s cheese, egg and vegetables or in the sweet version with black cherries and ricotta.