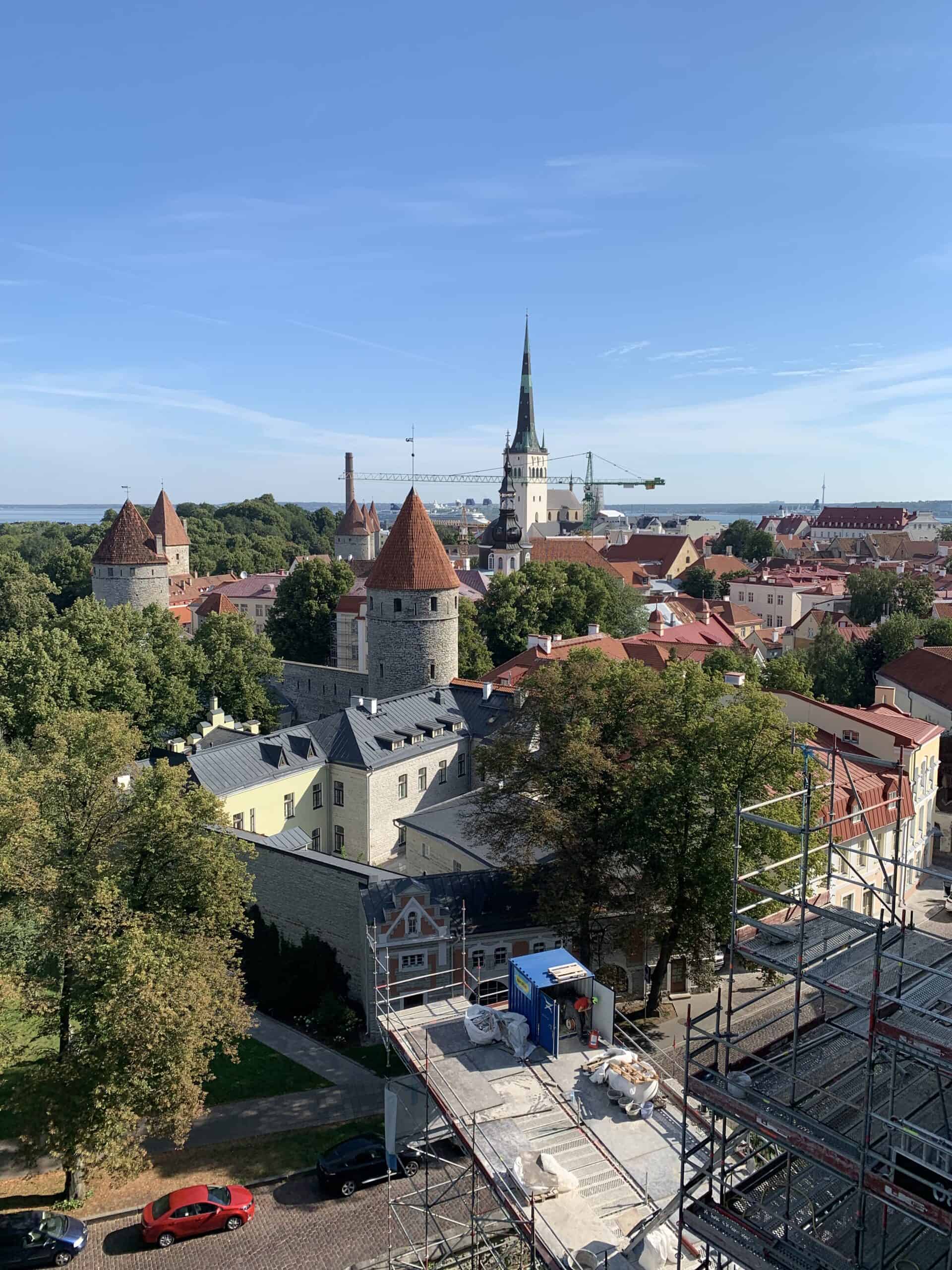 Once you enter the upper town, you are faced with an ancient and majestic Tallinn, located on the Toompea hill. During the Middle Ages, Vladimaro II of Denmark attacked Tallinn and managed to conquer the stronghold. In the second half of the thirteenth century Toompea began and gave impetus to its development, beginning to become the center of authority, nobility and clergy of Estonia.

Tallinn’s St. Nicholas Church is one of the oldest places in the city. This church stands on Toompea Hill was built between 1230 and 1275 in homage and honor to St. Nicholas, the patron saint of sailors, children and fishermen.

Toompea Castle, seat of the Parliament of Estonia, overlooks the entire city of Tallinn.

Subsequently, Toompea Castle was enlarged with the construction of a tower, the Pikk Herrman Tower, located on its top.

It represented the first tower born in defense of gun attacks. In 1561 the Swedes conquered the northern part of Estonia and hegemonized it until 1710, when it was occupied by Russia.

Toompea was united with Tallinn only in 1878.

On Toompea Hill there are 3 viewing platforms.