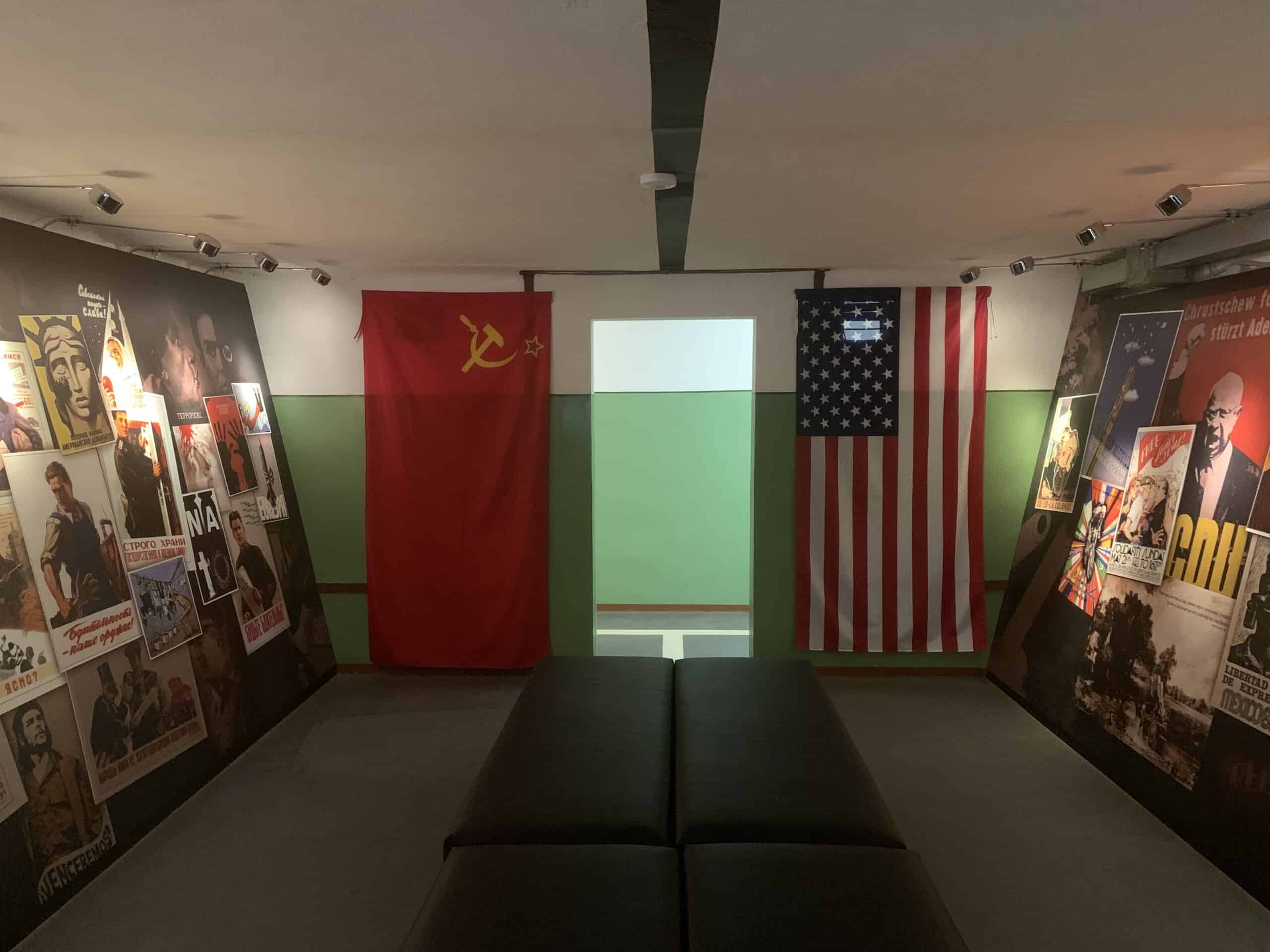 The Cold War Museum is housed in a former secret base of the Soviet Union used for launching missiles.

In the period between 1963 and 1978, medium-range missiles with nuclear warheads were placed at some of the main European cities.

The former secret missile base of the Soviet Union of Plokstine, is located in the forest, in the northwest of Lithuania about 300km from Vilnius.

At the beginning of the avenue after passing the ancient barbed wire protection is the information center, the refreshment with vending machine and the ticket office.

After about 100 meters there are the bunkers which can also be accessed with guided tours.
The visit allows you to immerse yourself in a reality that today is yesterday’s history but that until 1980 was an important military piece of a system on which the whole world was kept in balance.

You can walk through the underground corridors and visit the various environments, up to the central ramp where the missile was assembled and from which, therefore, you could have contributed to annihilating the West.

This site, which with the end of the Cold War reappeared on the maps, had obviously been deleted along with all the surroundings.