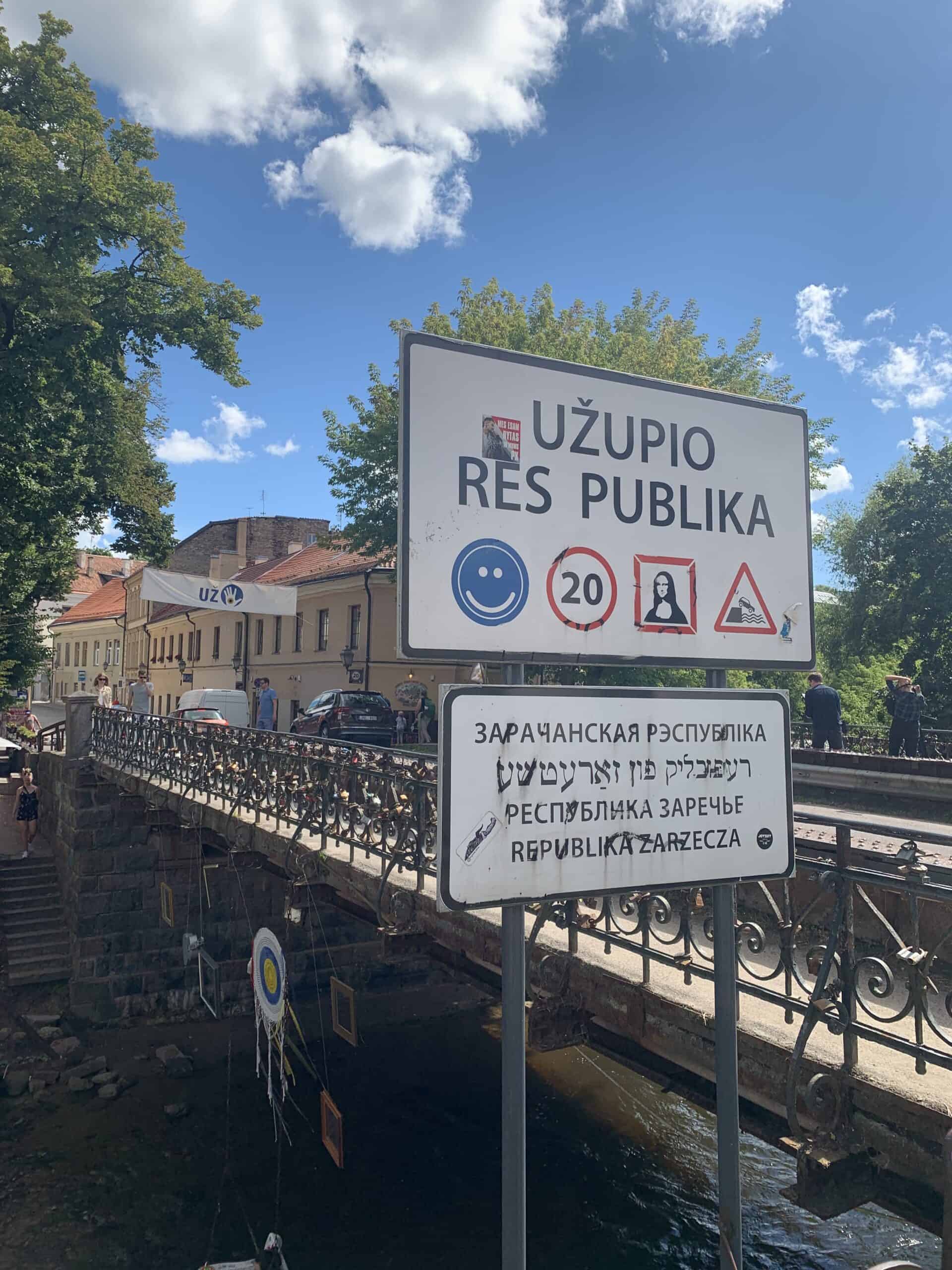 Užupis (which in Lithuanian means on the other side of the river) is the name that actually describes the district separated from the rest of the old city by the Vilnia River and connected by 7 bridges.

Historically it is an area with a high density of Jews that, after the Second World War, found itself almost completely uninhabited. The immediate consequences were the degradation of the neighborhood and numerous uninhabited buildings. The empty houses were soon occupied by the scraps of society according to the socialist regime: homeless, prostitutes and criminals.

When Lithuania declared its independence in 1990, the area was among the most degraded in the new nation.

The turning point came around 1995 when, the low prices and the atmosphere of the neighborhood between the bohemian and dilapidated pushed artists and intellectuals in the purchase of real estate. This was the beginning of a redevelopment process that led to the flowering of art workshops, art galleries, bars and cafes.

Užupis is a full-fledged Republic: it has an anthem, a flag (which changes color depending on the seasons), a currency, an army, a President and a Parliament based at the Užupio Kavinė bar. The Angel of Užupis is considered the protector of the Republic.

To date, the Republic has 7000 inhabitants and of these about 1000 are artists. Among them are painters, photographers, sculptors and writers.

It is not very clear how serious and how much is joking, provocative and satirical in the Independence of Užupis. In fact, its Constitution is a funny set of articles that contradict each other and stimulate laughter. The articles of the Constitution of Užupis are translated into the main European languages, Russian and Tibetan.