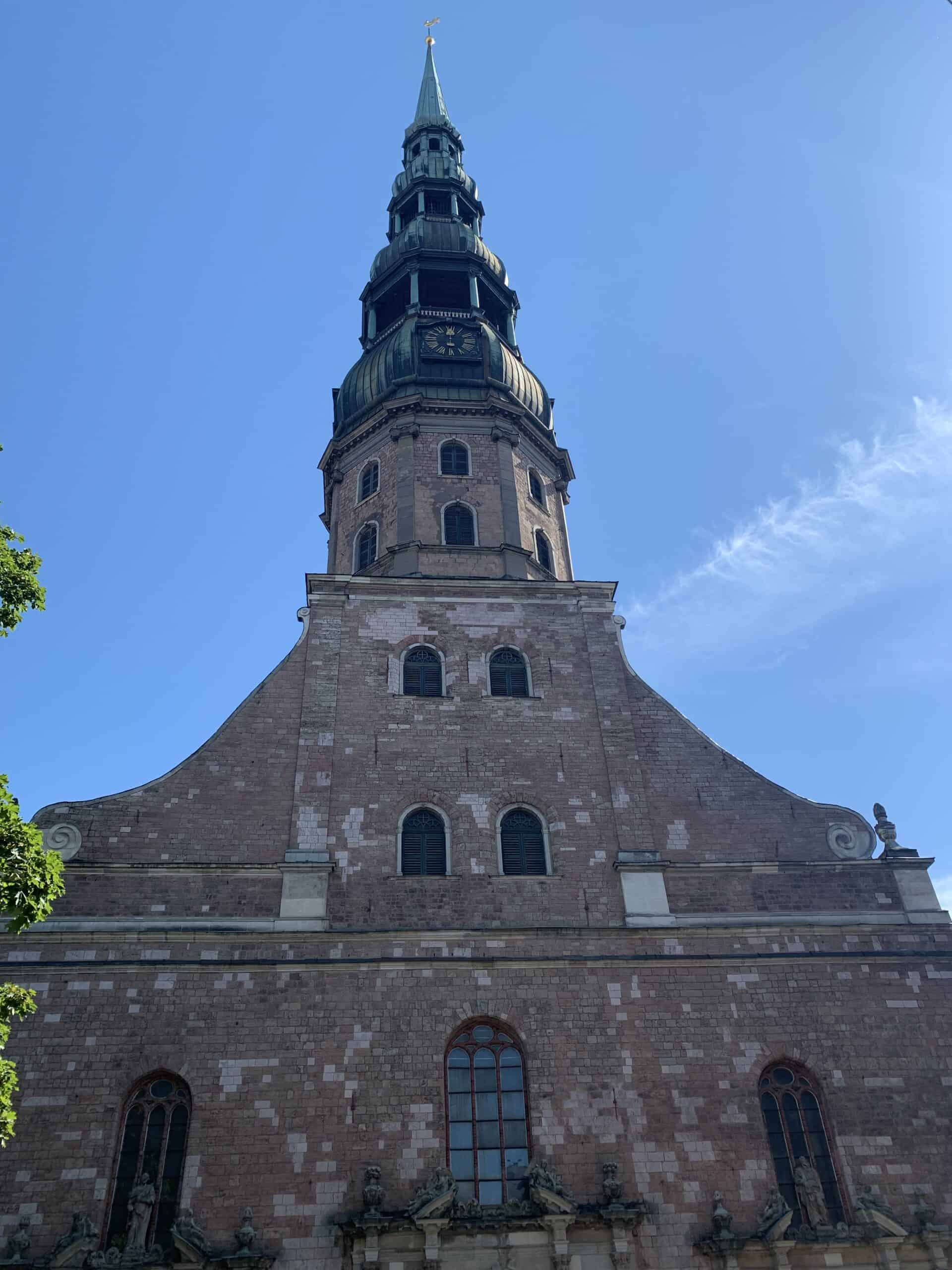 Cathedral of St. Peter in Riga, symbol of the Latvian capital, is one of the oldest and most precious monuments of Gothic architecture in the Baltic countries and was included in 1997 in the UNESCO World Heritage Sites.

Cathedral of St. Peter, built as a Catholic church, with the advent of the Lutheran Reformation of 1523 was consecrated to the Protestant rite.

The Cathedral was built in 1209 but the works were however suspended and resumed several times, so much so that they ended only at the end of the fifteenth century.

During the Second World War the bell tower was completely destroyed by a violent fire and during the 70s it was rebuilt with the addition of an elevator for tourists in order to make them enjoy the view of the entire “Baltic Paris”, the Daugava River and the port of Riga.

At the top of the spire of the bell tower is a cockerel, symbol of the city of Riga.