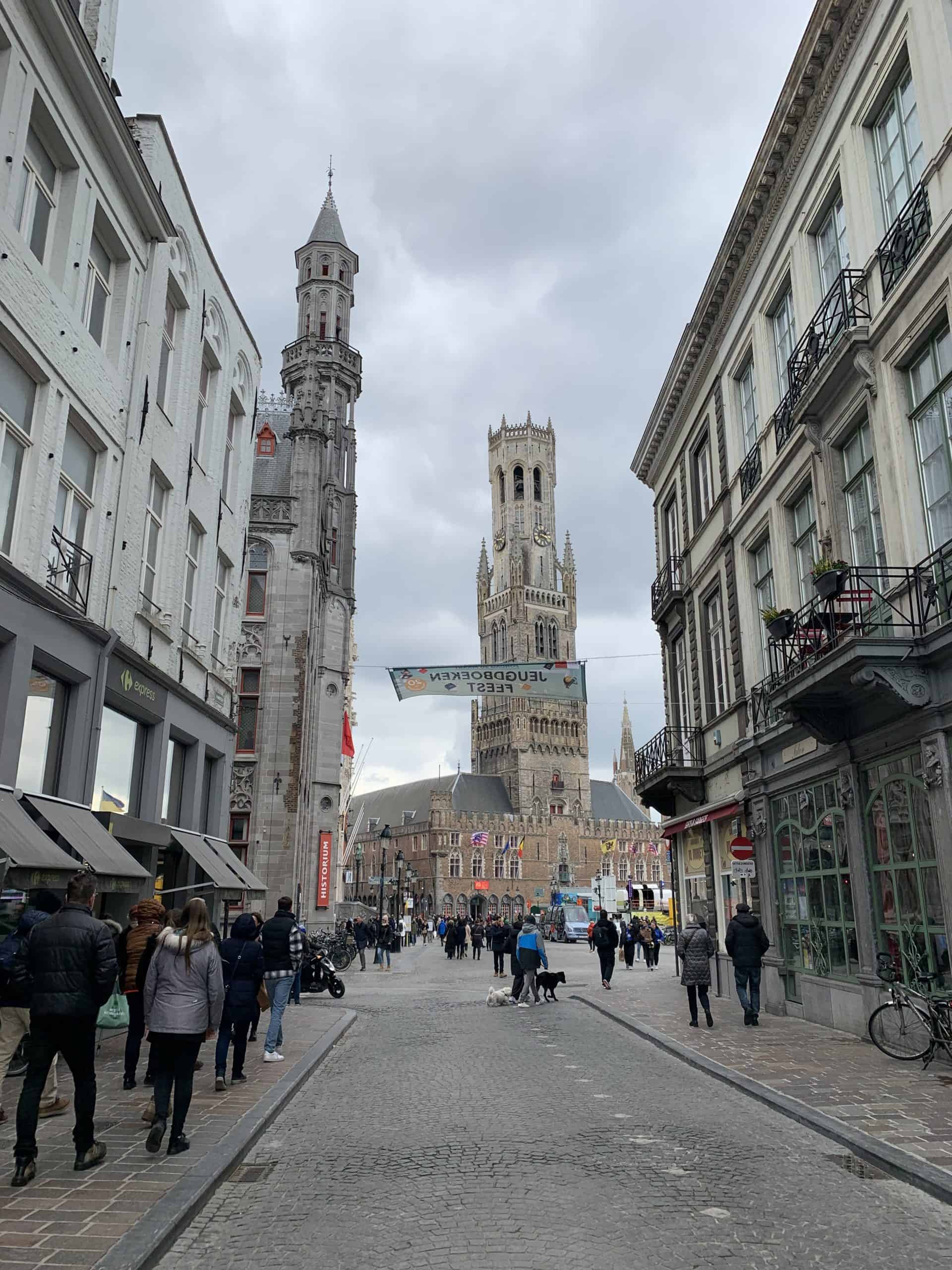 Bruges (Brugge in Dutch) is one of the most important Belgian cities and is the capital of the West Flanders region.

Its historic center remained intact during both World Wars and inside there are the most important and famous monuments. The main ones are: the Civic Tower, the Burg Square, the Church of Our Lady and the Begijnhof.

In the market square of Bruges (Grote Markt) is the Beffroi of Bruges, the Civic Tower symbol of the city. Built in 1282 as a symbol of the wealth and independence of the city, thanks to its 83 meters high it was once used as an observatory from which soldiers controlled the city territory. The square is surrounded by characteristic houses with pointed spires, once the headquarters of the guilds, dating back to 1200.

Near the Grote Markt stands one of the oldest towns in the city: the Burg Square. Once a political and religious center, the Burg is spread over a square plan and was originally a walled fortress that could only be accessed through large gates.

On the square overlooks the Gothic Town Hall built in 1420. In Piazza del Burg there is the Basilica of the Holy Blood, a double chapel built in the twelfth century which was conferred the title of Basilica only in 1923. Inside the Basilica of the Holy Blood, initially built in Romanesque style and then completely rebuilt in Gothic style, there is one of the most venerated relics: a crystal ampoule in which, according to tradition, some drops of the blood of Christ are preserved.

The Church of Our Lady with its bell tower of 122 meters high is among the tallest brick buildings in the world, surpassed only by the Mole Antonelliana of Turin and the bell tower of the German church of San Martino, in Landshut. Construction began in 1230 and work was completed only in 1465, when the Portal of Paradise was completed.

A protective wall and a portal from the 1700s preserve the tranquility and peace of the Begijnhof “De Wijngaard”, a group of white houses grouped around a tree-lined garden, once inhabited by the beguines of Bruges, today replaced by the nuns of the Order of St. Benedict. The Beguinage of Bruges is one of the few and best-preserved complexes that arose around the thirteenth century in Flanders as a monastic community of single women and widows. Like all beguinages it has been declared a World Heritage Site by UNESCO.