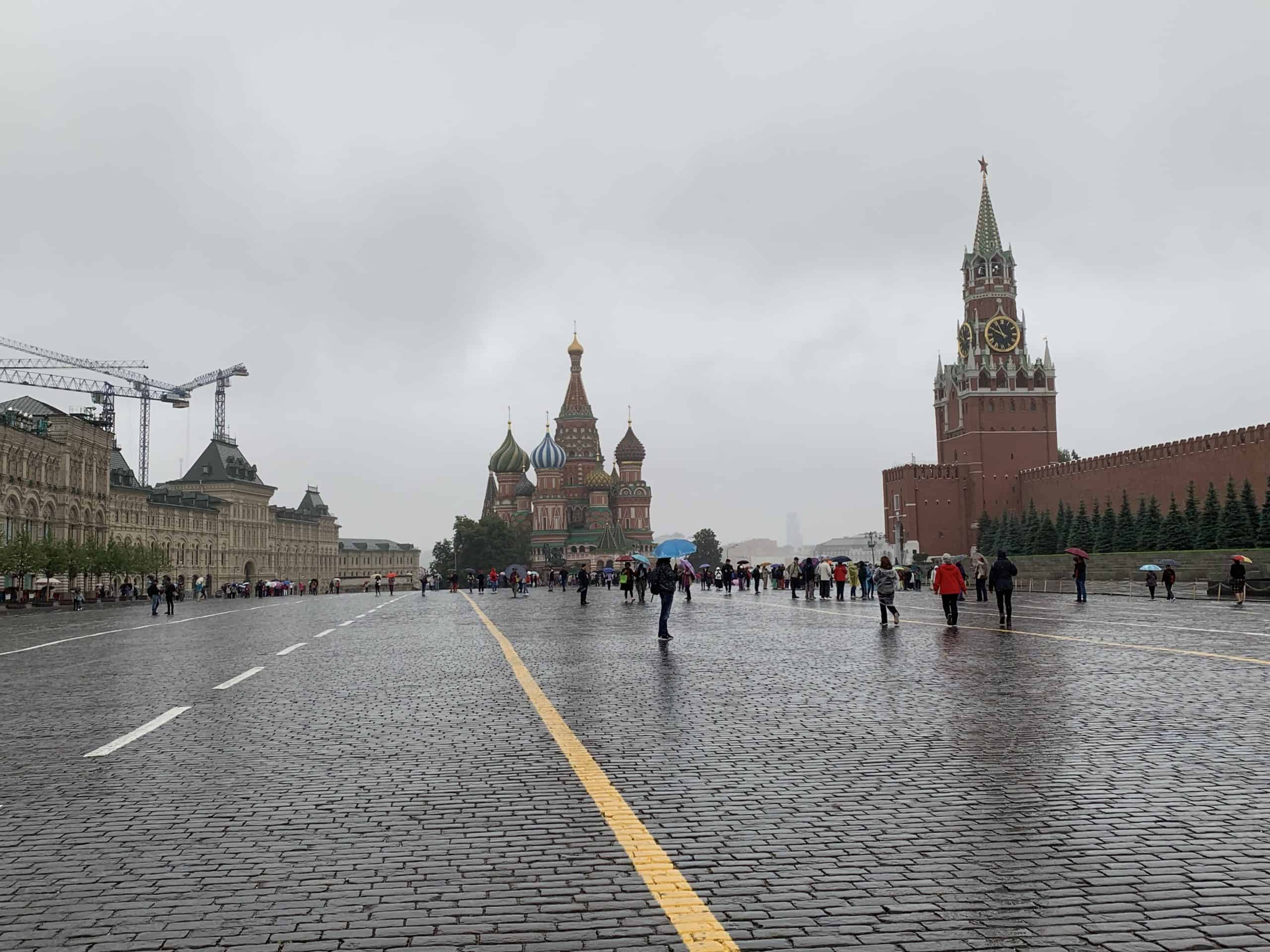 Red Square is Moscow’s main square, separating the Kremlin, once the Tsar’s residence, from Kitaj-gorod, the merchants’ quarter.

The square is considered the very center of Russia since its streets, once outside the capital, become highways that branch off throughout the country.

Red Square was originally born as the main place where merchants used to meet, to trade goods of all kinds. It was the scene, over the centuries, of numerous crucial events for the life of the country such as public ceremonies, official proclamations and coronations of the Tsars.

Another event that the square used to host were public executions.

On the sides of the Square there are several monuments such as Lenin’s Mausoleum, St. Basil’s Cathedral, the GUM warehouses and the State Museum of History.

When the new Bolshevik government returned to Moscow the title of capital, Red Square also returned to its former glory, and was used by the Soviet regime for official parades, as well as a national memorial cemetery for the most illustrious exponents of communism and in 1924 Lenin’s Mausoleum was built to commemorate his body.

St. Basil’s Cathedral was built in 1556 to commemorate the conquest of the Kazan territories. It was built on the orders of Ivan IV, the first Tsar in Russian history.

The GUM Warehouses with an area of over 80,000 square meters occupy one side of red square. Today the GUM is the largest and most famous shopping center in Moscow, it is three floors high and is divided into three galleries.

The State Museum of History was founded in 1872 and has a collection of inestimable value, from the Paleolithic until the end of the 1800s. You can find the precious relics that belonged to the Romanov dynasty.