The Royal Castle of Warsaw 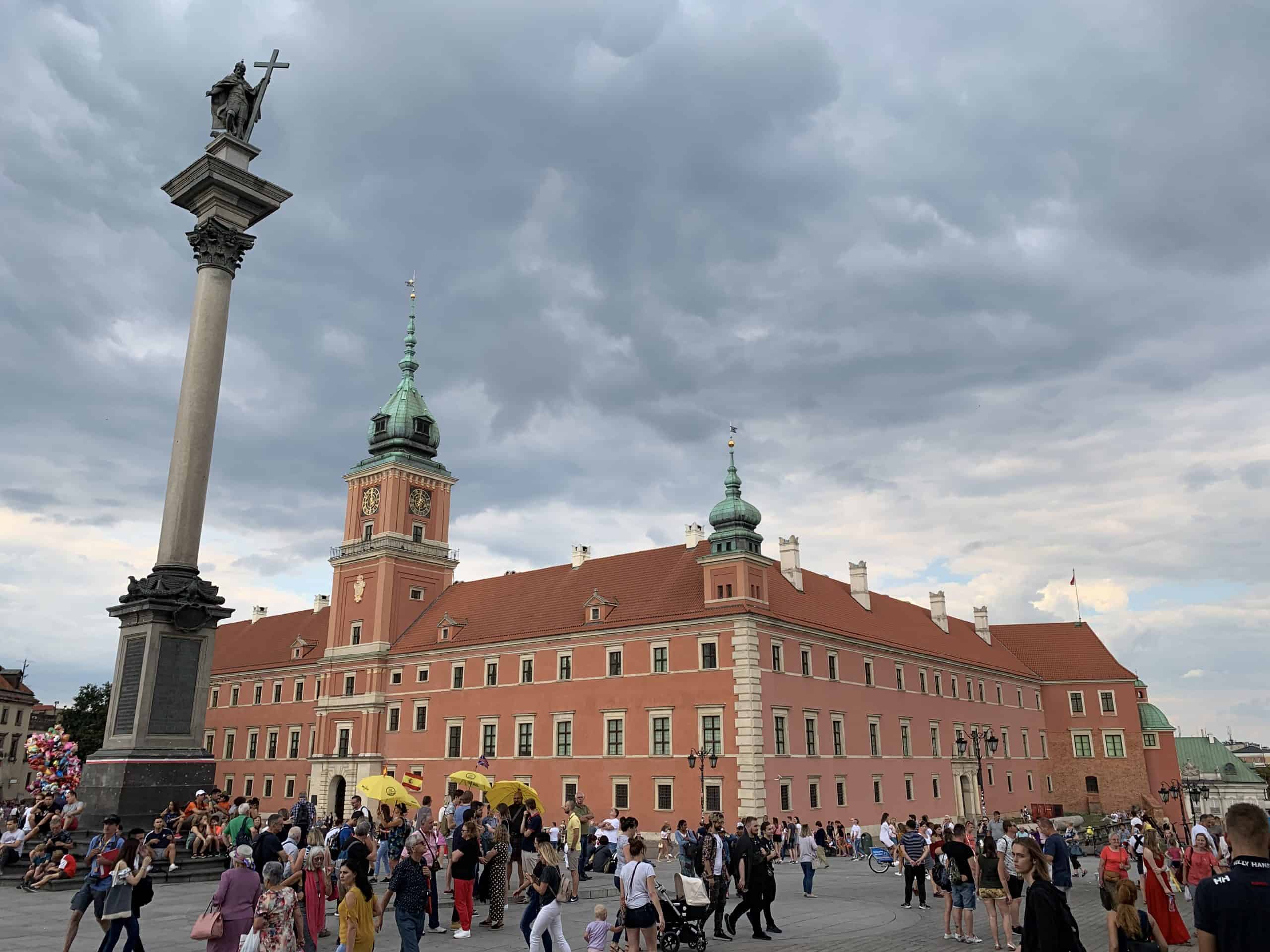 The Royal Castle of Warsaw was the official residence of polish monarchs until the partitions of Poland, home to the personal office of the king and the administrative offices of the royal court of Poland.

Between 1926 and World War II the castle was the seat of the President of Poland.

Royal Castle is located at the entrance to the old town and overlooks the square that takes its name from it: Plac Zamkowy, Castle Square.

Original structure of the castle dates back to the fourteenth century, but was substantially modified by King Sigismund III Wasa starting in 1596, when the sovereign brought his residence to Warsaw city chosen as the capital of the kingdom.

The structure of the castle develops around a large internal courtyard in the shape of a pentagon with two sides overlooking the Square of the Castle. The main entrance is surmounted by Sigismondo’s tower which houses a clock from 1622. Red brick structure is unfortunately not the original palace but a perfect copy of the original one, bombed by the Nazis towards the end of the Second World War.

Reconstruction of the Royal Palace was financed by private donations and began only in the early seventies. In July 1974, the clock of the tower was put back into service, just at the time it had stopped at the time of the German bombing.

The entire structure was completed in 1988.