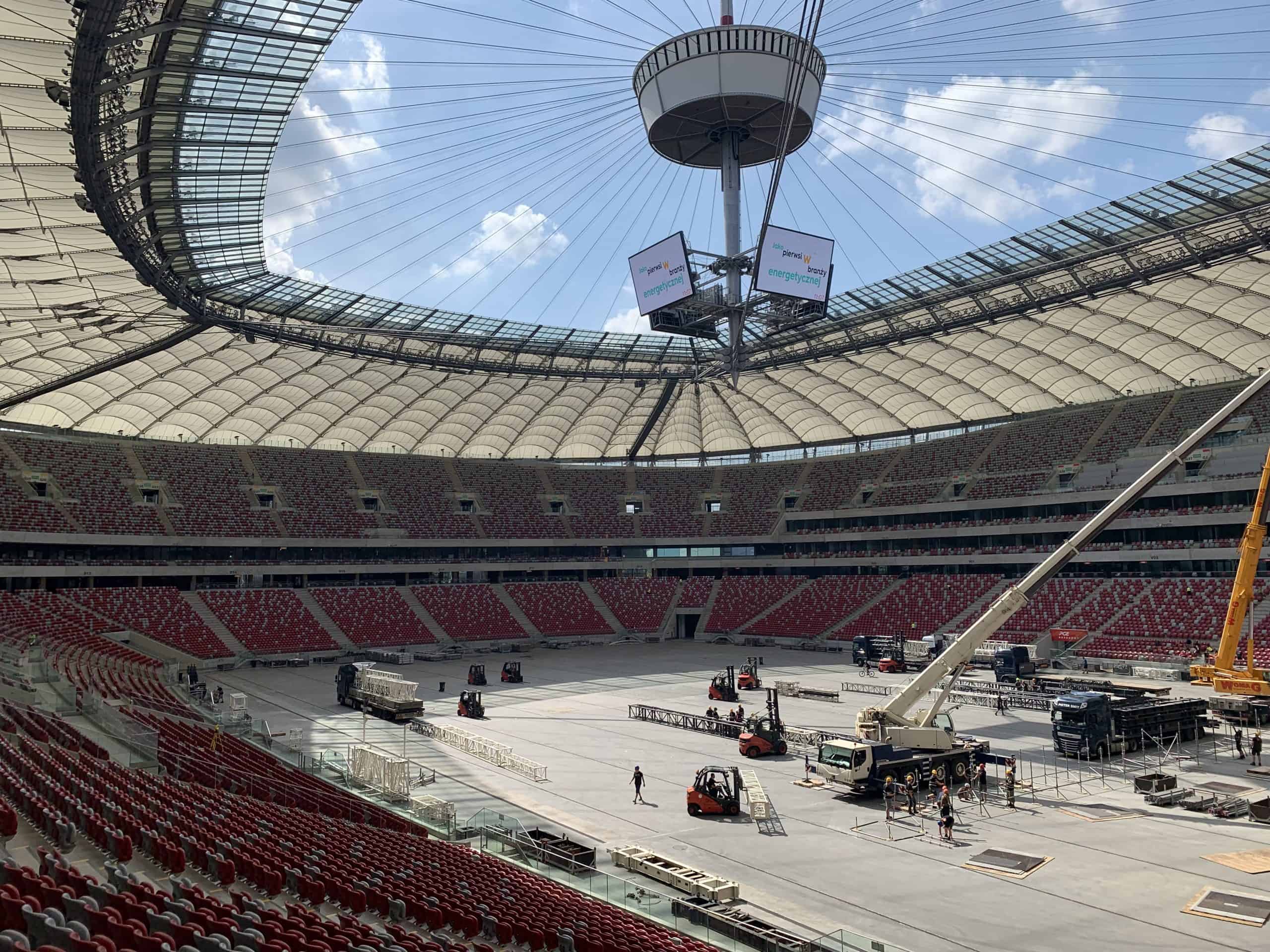 Warsaw’s national stadium was built on the same grounds as the old stadium, the Stadion Dziesięciolecia Manifestu Lipcowego.

This old stadium was a historical monument for the city: built in 1955 as a multi-purpose sports space, the materials used were mainly rubble resulting from the destruction of Warsaw caused by German troops after the Warsaw Uprising.

For years it has been considered the Polish excellence in terms of sports buildings: here were held the various matches of the national football team, athletics sporting events, communist events and one of the most important Catholic events in history with over 100,000 people

The demolition of the old stadium began in October 2008 and subsequently led to the start of work on the construction of the Stadion Narodowy completed in mid-2011.

Today the stadium looks like PGE Narodowy and looks like the most modern and innovative multi-purpose arena in Europe.

The Warsaw National Stadium is one of the most beautiful sports venues in Poland, as well as one of the newest. The Stadion Narodowy was in fact built for the 2012 European Championship organized by Poland and Ukraine. This structure hosted the final of this event, the most important in Europe, and also the Europa League final of 2015.

You can visit the Warsaw Stadium thanks to various types of guided tours such as the basic package that will allow you to visit the stadium, the changing rooms and other internal structures usually used by the players of the Polish national team.

Tickets can be purchased directly at the stadium ticket office or online.

Getting to Stadion Narodowy

The stadium is not right in the city center but it is really easy to reach it by public transport.

From the old town, simply take a tram to the Wybrzeże Szczecińskie stop.

. photographs taken during the visit in August 2019