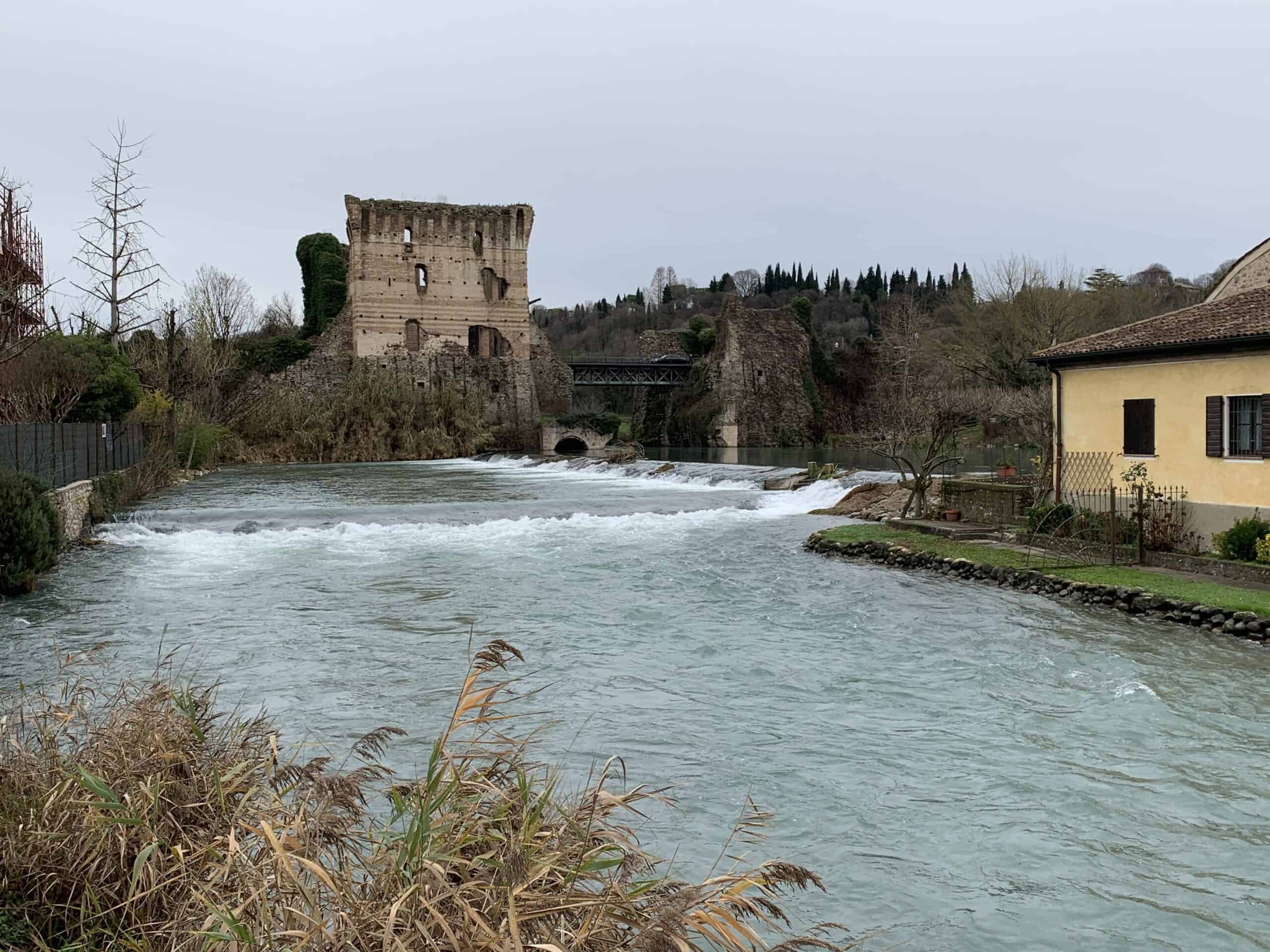 The oldest part of the Scaligero Castle of Valeggio was almost completely razed to the ground by the earthquake of 1117 which struck much of northern Italy.

In 1345 Mastino II della Scala began the restoration and construction work of a massive defensive fortress, consisting of ditches and crenellated walls interspersed with turrets, which descended from the Castle surrounded the town of Valeggio, reached the Castle of Villafranca, to finish in the marshy countryside surrounding Nogarole Rocca. The so-called “Serraglio Castellano” was about sixteen kilometers long and the work wasinterrupted in 1348, at the outbreak of one of the most serious plagues that can be remembered: the famous Black Plague that shocked all of Europe.

During the Venetian domination, the slow and progressive decay of the complex late medieval defensive structures began. Towards the middle of the 16th century, the Serenissima Republic of Venice, favoring the strategic choice of fortifying Peschiera, ceded both the Castle and the Visconti Bridge to private individuals.

Only in the last few decades the work to protect and reconstruct this veryparticular historical heritage started.

Ponte Visconteo was built in 1393 by Gian Galeazzo Visconti, Duke of Milan. It is about 650 meters long and about 25 meters wide and the reason for the construction of this extraordinary fortified dam must be found in the desire to guarantee the impenetrability of the western borders, to defend the city of Verona and ensure the connections with the Veronese territories recently attached to their own domains.

Today on this bridge, every year in June the Festa del Nodo d’Amore is celebrated, the famous feast of the tortellino of Valeggio sul Mincio (read the story here).

The first settlement of historical importance dates back to the Lombard period (VI – VIII century AD), from which the toponym of Borghetto derives, which means “fortified settlement”. In the same period colonist settled nearby and began the reclamation andcultivation of the flat part of the valley. The Mincio Valley was much disputed by the Veronese noble families who competed for the hydraulic power of the river by building dozens of wheel mills.

This small village, built in symbiosis with the Mincio river and characterized by ancient fortifications dating back to the medievalperiod, owes its charm to the harmonious relationship that history and nature have preserved almost intact over the centuries and today represents an urban structure appreciated by all over the world.