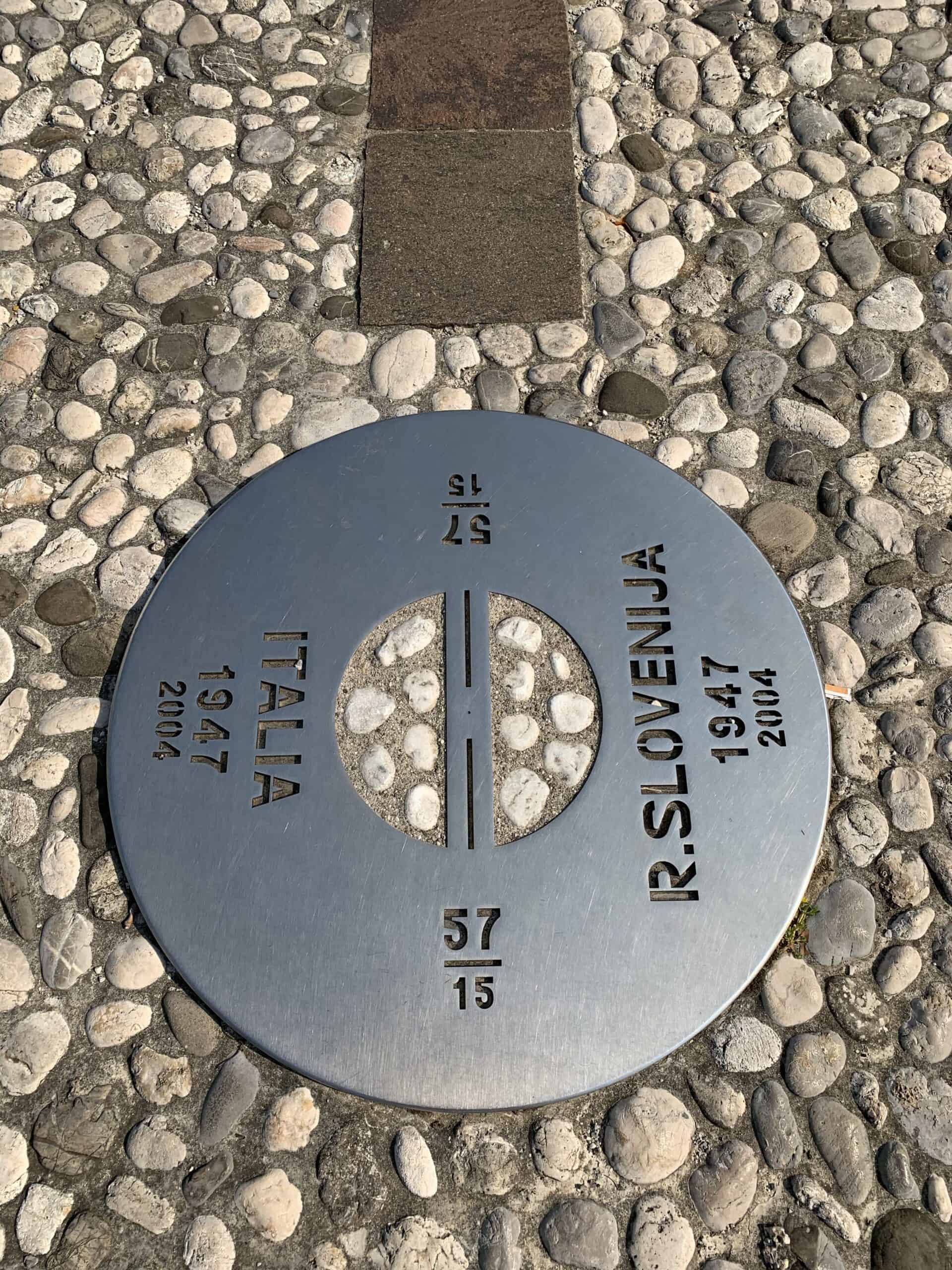 The Piazza della Transalpina (Trg Evrope in Slovenian) is a square divided between Gorizia (Italy) and Nova Gorica (Slovenia).

An unexpected and invisible border wall in which in the pavement of Piazza della Transalpina a circular plate was set with the inscription “Italy and R. of Slovenia year 1947-2004” in memory of the past and the present, of theformer dividing wall between the Gorica and the suburb of Nova Gorica with the railway station annexed to theformer Yugoslavia.

In the condominium gardens and at the edge of the road, a green fence can still be found on the border between the two countries.

Piazza della Transalpina has been for many decades the symbol of the ideological political separation between the socialism of the former Yugoslavia and the Italian capitalist power.