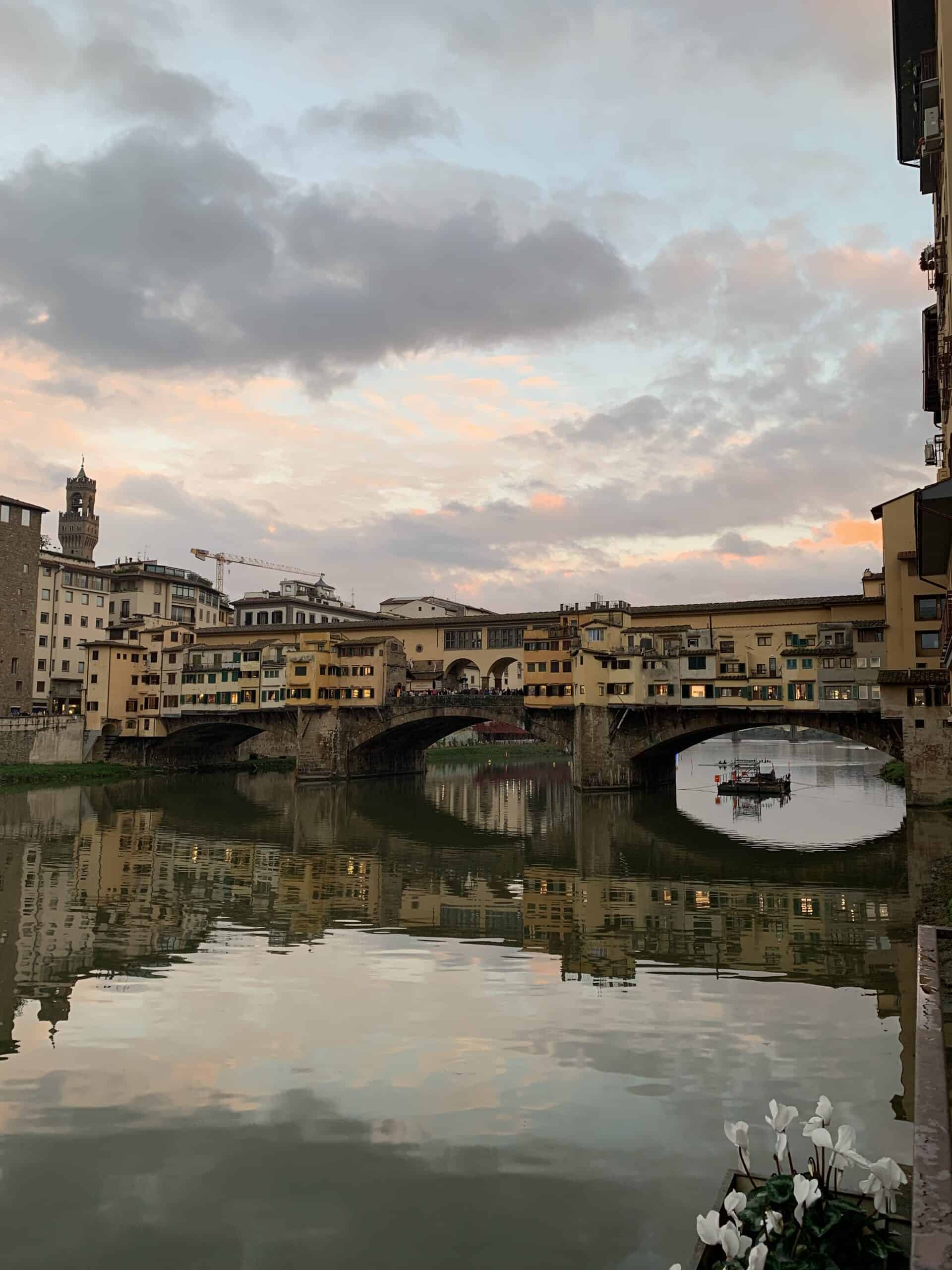 The Ponte Vecchio is one of the most famous symbols of Florence and crosses the main river of Florence, the Arno, in the area where it is narrowest.

Built near a Roman crossing, the Ponte Vecchio was until 1218 the only bridge that crossed the Arno in Florence.

The current bridge was built in 1345 after a violent flood destroyed the previous one.

In the years following its realization, the Municipality imposed on butchers to meet with their shops on the Ponte Vecchio to isolate themselves from the inhabited buildings.

In this way the various slaughter waste and the less consumed cuts were thrown directly into the river, thus reducing dirt and odors in the streets of Florence.

In 1566 Vasari created under the orders of Cosimo I the “Vasari corridor” that connected Palazzo Vecchio with Palazzo Pitti. Subsequently, under the reign of Ferdinand I, butchers were replaced with goldsmiths and jewelers because the sovereign detested the bad smells that came from the corridor.

During the German retreat of 1944 it was the only bridge that was not blown up, thanks to the order of Gerhard Wolf.

For many years after the war the corridor was the only move in the city to go from the north to the south of it.

From an architectural point of view, the bridge is composed of three large low-arched passes.

Another feature of this bridge is the feeling you get when you enter it. In fact, the presence of the shops makes this seem not a bridge but a normal continuation of the road.

On 4th November 1966, the Ponte Vecchio miraculously endured the huge wave of the Arno in flood, which broke its banks causing the flooding of Florence.