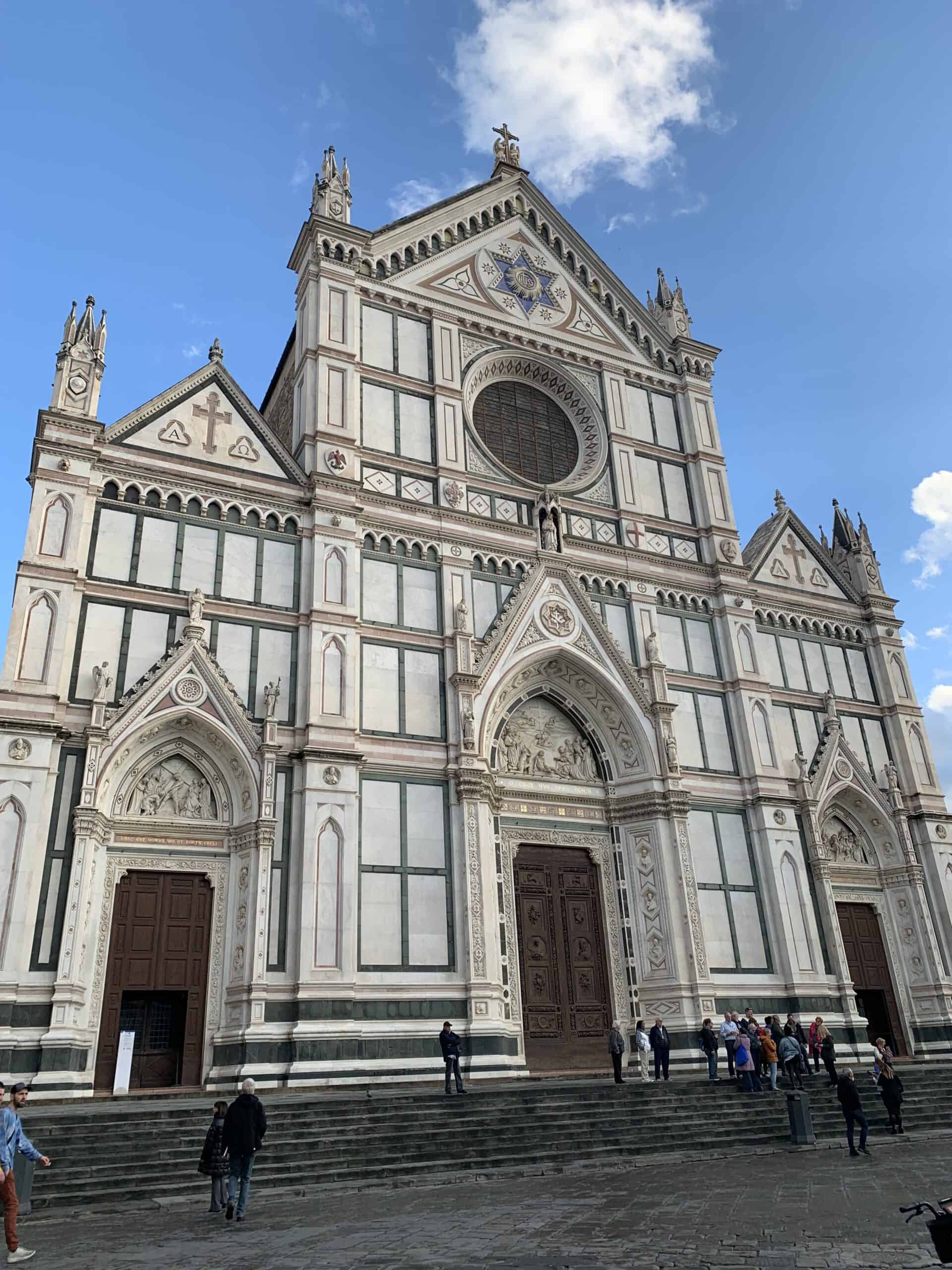 The Basilica of Santa Croce is the second largest religious building in Florence with 115 meters long and 38 meters wide.

It is famous above all for hosting almost 300 tombs of numerous Italian artists, writers and scientists and for this reason it is also called the Temple of Itale glorie and was celebrated in the work “Dei Sepolcri” by Ugo Foscolo.

Also nicknamed the Pantheon of artists, among the famous people who rest in the Basilica of Santa Croce are Galileo Galilei, Macchiavelli and Michelangelo.

Outside the Basilica is the statue of Dante as a symbol of Italian excellence.

The construction of the Basilica began in 1294, on the foundations of a small chapel built to commemorate the death of St. Francis of Assisi who passed through Florence deciding to camp in this area.

Crisis, floods and plague slowed down the construction but around 1385 it was finally finished but the consecration was performed only on the Epiphany of 1443.

Built in Gothic style, the façade remained unfinished for many years like most Florentine churches.

Today’s façade was built between 1853 and 1863 by Niccolò Matas, who was inspired by the Cathedral of Orvieto and Siena.