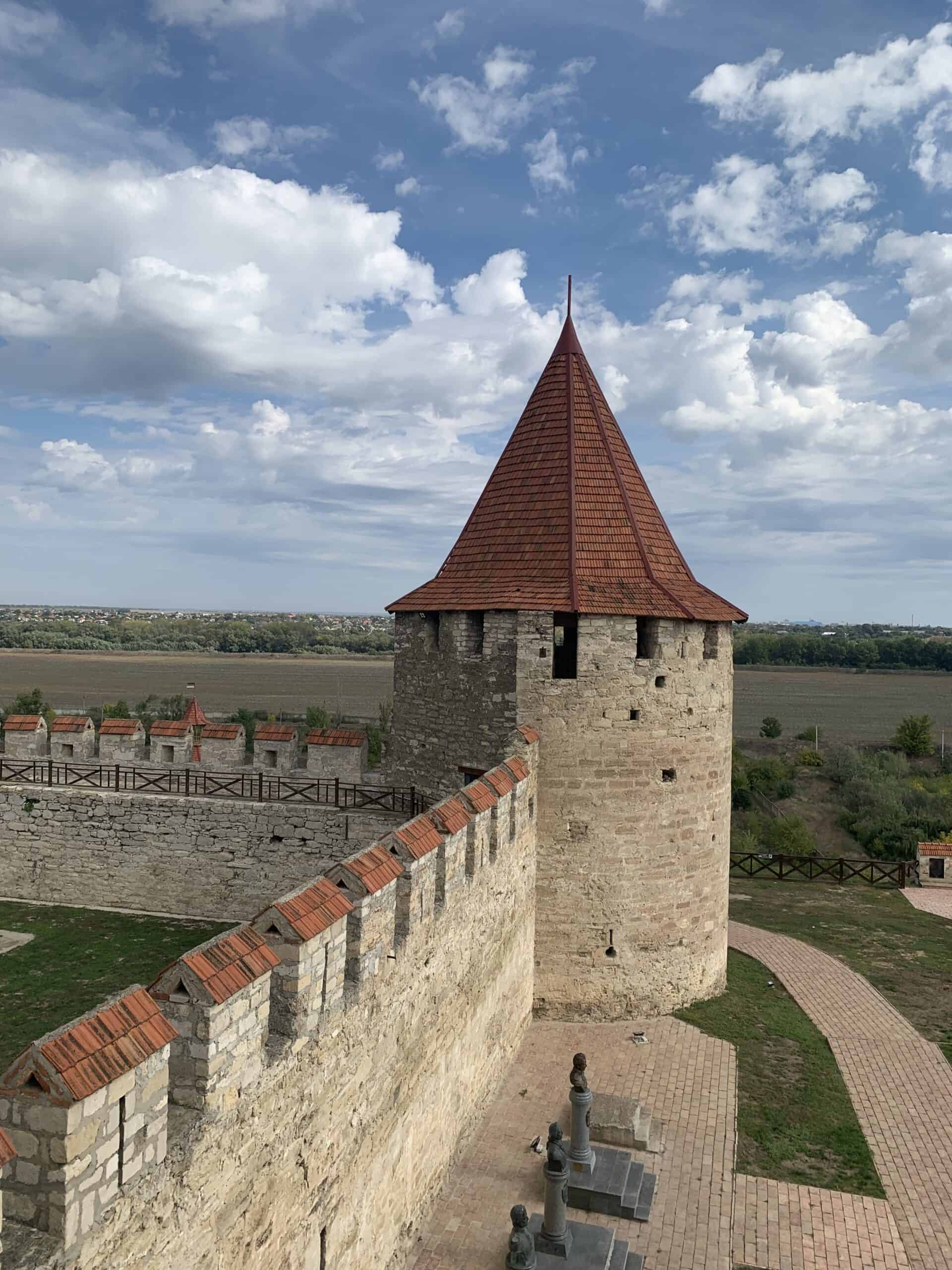 Fortress of Bender, or Tighina, was built in 1538 by the Turkish architect Sinan immediately after the unification of the Moldavian principality into the territory of the Ottoman Empire.

The citadel survived many important events related to the military history of the country: the conquests of the Ottomans, the wars between Russia and Turkey and that in the Crimea. Fortress of Bender was almost conquered by the Moldavian army in 1540, but without any success.

The inaccessibility of the Fortress lasted for about 200 years, when only in 1770 the Russian army conquered the Fortress of Bender but only on 16th May 1812, after the signing of the Bucharest Peace Treaty, the Fortress was ceded to the Russian Empire.

This declaration, of which the monument is located outside the walls, was the first draft of the constitution signed at the time.

One of the curiosities of the Fortress is the cannonball with bridles that is located outside the walls of the fortress, symbol of the mention of the Bender Fortress in Munchausen’s tales. Legend has it that he would fly on a cannonball over the Ottoman bulwark, in order to return to the Russians with whom he fought, and tell them about the situation inside, especially the number of men inside.

Another character linked to this place is the Swedish Sovereign Charles XII. The King, who in 1709 lost the battle at Poltava against the Russians, would not have wanted to return to his country because he would have felt ashamed of the defeat. He decided to turn to the Ottoman Sultan Ahmed III for his help in confronting the Russians again. The Ottoman Sultan, on the other hand, having just signed a peace treaty with the Russian army, gave only permission to camp to the Swedish army under the walls of the Bender Fortress where he remained for four years at the expense of the Sultan.

Inside the Fortress there is the Historical Museum that tells the story through illustrations, objects found but also donated by the Swedish Government. One of the reconstructions shows what the King of Sweden’s encampment on the Dniester River looked like.