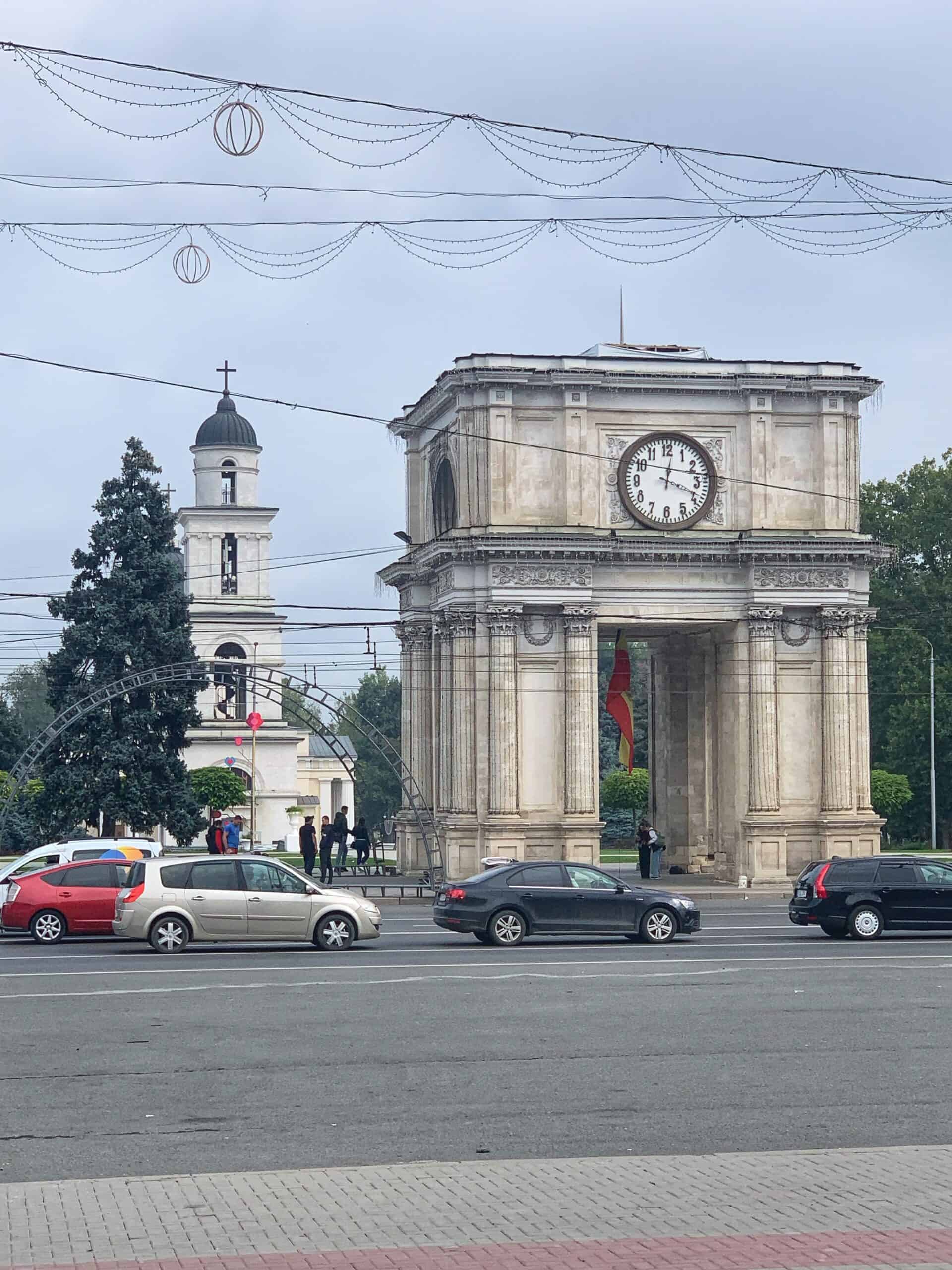 Chişinău, with a population of almost 700,000 people, is the capital of the Republic of Moldova.

In Chişinău you can find different architectural styles and the main attractions are almost all located near the Cathedral Park.

The Cathedral of the Nativity of Christ is the main Moldovan Orthodox Church. Its construction dates back to 1830 in neoclassical style, but today’s construction was partly rebuilt after being bombed during the Second World War.

In 1962, the bell tower was totally destroyed by members of the local Communist Party and a fountain was built in its place.

During the communist period religious practice was forbidden and the church was transformed into an exhibition center. The new bell tower was built in 1997.

In front of the Cathedral of the Nativity, on Piata Marii Adunari Nationale, is the Arc de Triomphe. The monument was built in 1840 to honor the victory of the Russian Empire over the Ottoman Empire during the Russo-Turkish War.

In Soviet times, the Arch was renamed the Arch of Victory and on some stones were engraved the names of heroes of the Soviet Union.

In the vicinity of the Arc de Triomphe is the Stefan cel Mare Park, the largest park in the capital. At its entrance is the Statue of Stefan cel Mare (Stephen the Great), Moldovan ruler who ruled the longest ever (almost 50 years) and who today is a national hero.

Stefan cel Mare fought for a long time against the Turks and his military successes made him very popular in Europe. In the Orthodox religion Stefan cel Mare is venerated as a Saint.