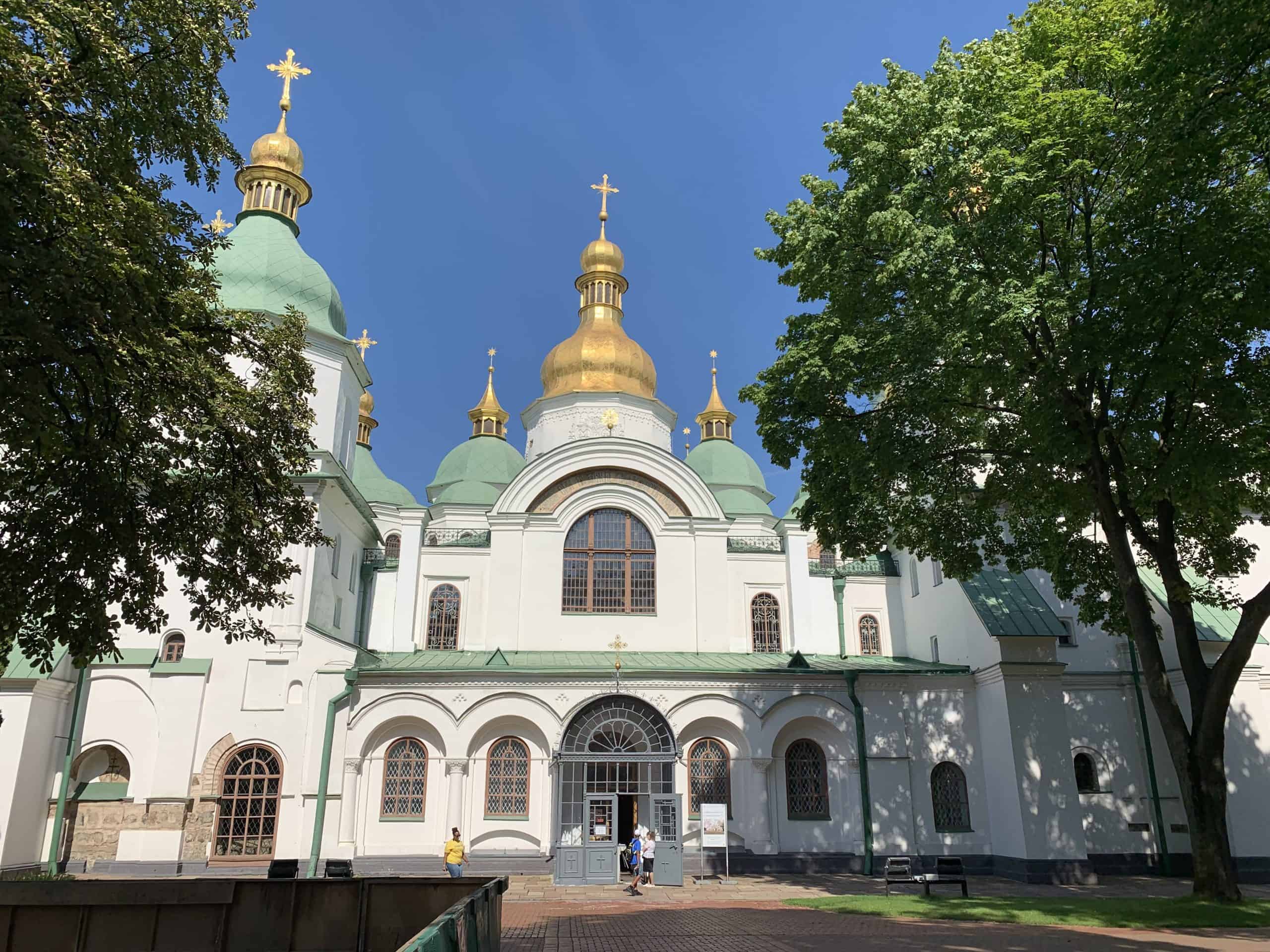 Saint Sophia Cathedral is the most important church in Kyiv, a UNESCO World Heritage Site.

The Saint Sophia Cathedral has recently been restored and was the first site in Ukraine to become part of the UNESCO World Heritage Sites.

Cathedral was built in 1037 and the works lasted about 20 years. Initially, the Saint Sophia Cathedral was used as the tomb of the rulers of Kyiv.

The plan of the church has 5 naves and 3 apses, 13 domes and internally houses frescoes and mosaics such as the mosaic of the Praying Virgin, all datable around the eleventh century.

In 1240, Kyiv was occupied by the Mongols of Russia and unfortunately the Cathedral was reduced to an abandoned state.

While the Soviet, in 1920, anti-religious campaign was underway, the Government was determined to demolish the Cathedral which remained intact only thanks to the timely intervention of several historians and scientists.

In 1934, however, the Soviet authorities seized the Cathedral and made it a historical museum.