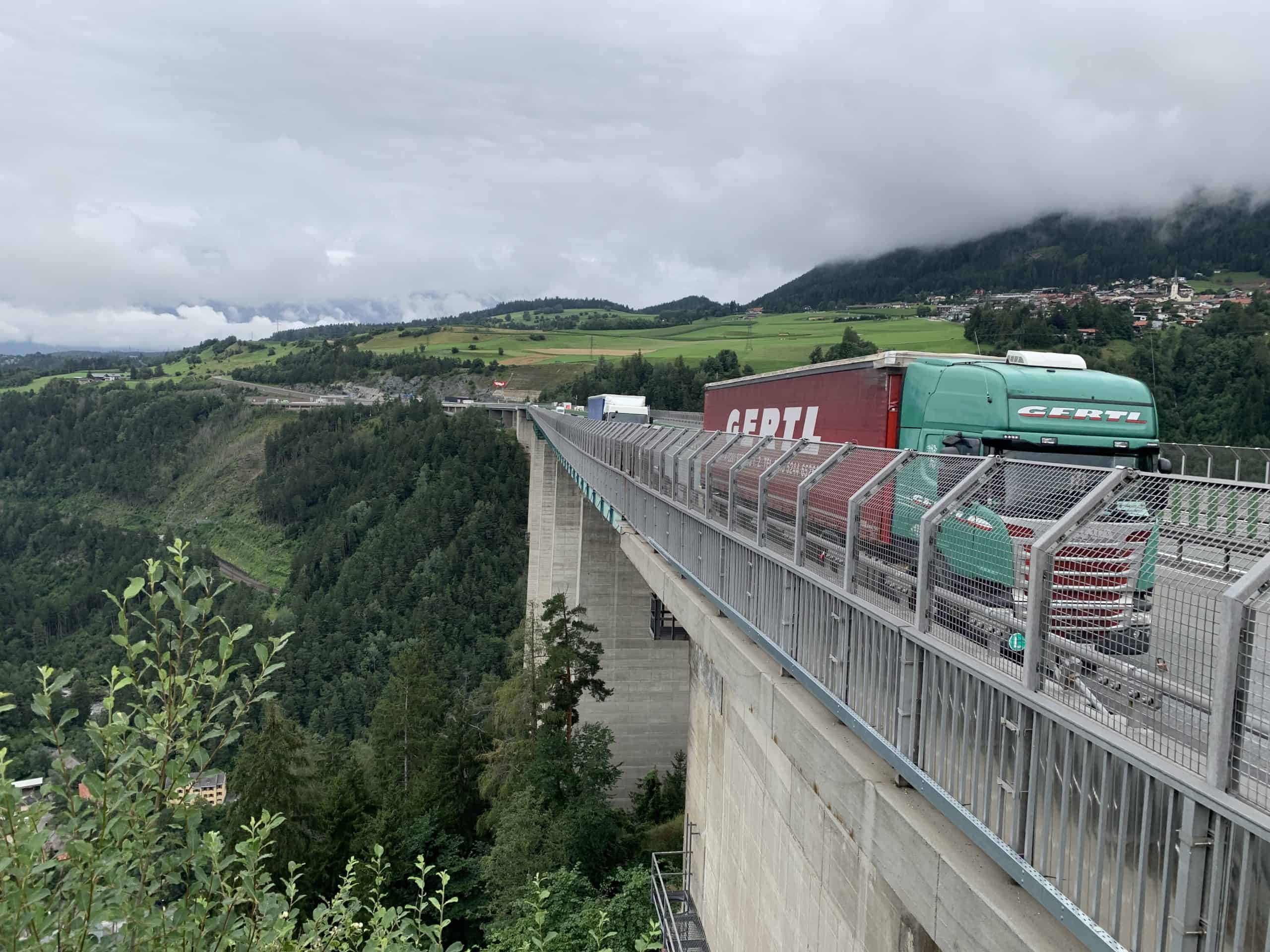 Construction of the Europabrücke (Europe Bridge) began in 1960 and on 17 November 1963 it was opened to traffic, initially with two lanes per carriageway.

In 1984 it was decided to widen the carriageways, widening the bridge thus making it a three-lane structure per carriageway.

The bridge is 657 meters long and is part of the Brenner motorway (Austrian side: Brennerautobahn A13) while with its height of 190 meters it is one of the highest bridges in Europe.

In 2003 numerous sensors were installed on the Bridge, to monitor accelerations, movements, temperature changes and other structural stresses potentially induced by the efforts to which it is subjected that could reduce its useful life.

Unfortunately, the construction of the Europabrücke cost the lives of 23 men and to commemorate the victims a chapel was built located on the western hill of the Bridge.

Allowing the passage of more than ten million cars and two million heavy goods vehicles a year, it is one of the busiest roads in Austria. It is also one of the main passages through the Alps on the north-south axis.

The bridge is passable for a fee, with different figures depending on the vehicle. The toll price for a car on the Europa Bridge is € 10.00.