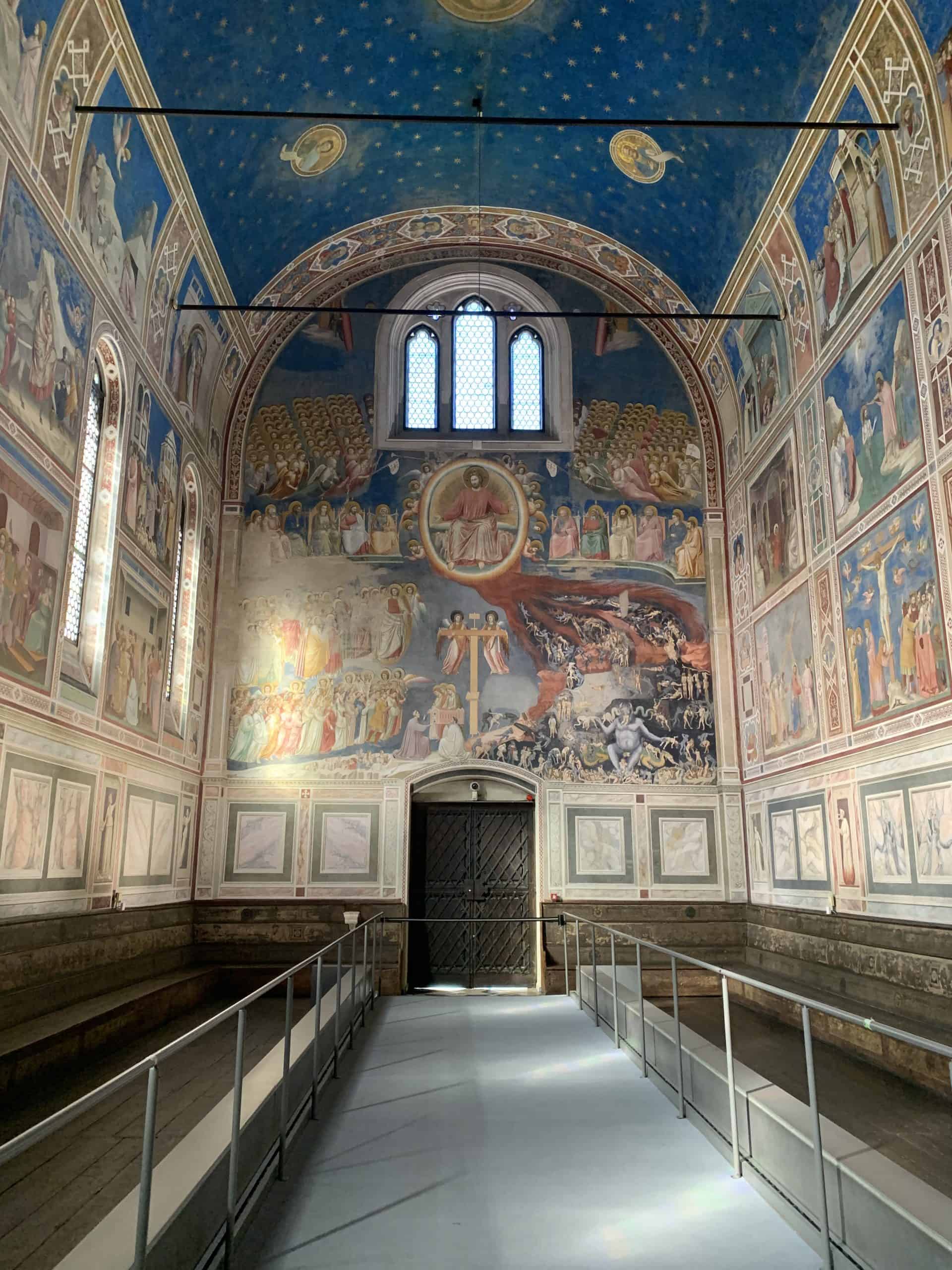 The Scrovegni Chapel stands among the ruins of the ancient arena of Padua, probably erected between 60 and 70 B.C.

In the fourteenth century the area was bought by the Scrovegni, a rich Paduan family of bankers and usurers, who built their palace here in 1300.
Between 25th March 1303 and 25th March 1305 the Chapel dedicated to the Virgin was erected.

Giotto was entrusted with the task of depicting a sequence of stories from the Old and New Testaments that culminated in the death and resurrection of the Son of God and in the Last Judgment.

On the side walls, above a plinth that shows with allegorical figures the face of the seven Vices and the seven Virtues, and under the suggestive starry vault, there are 38 panels arranged in three bands of frescoes depicting the life of Christ.

Cycle of Giotto in Scrovegni is the highest masterpiece of the painter and the history of Western art, equal only to the Sistine Chapel.

The Chapel was originally connected through a side entrance to the Scrovegni palace, demolished in 1827 to obtain precious materials and make room for two condominiums.

The Chapel was officially acquired by the municipality of Padua in 1881. Immediately after the purchase the condominiums were demolished and the chapel was the subject of restoration, not always happy. In June 2001, after twenty years of investigations and preliminary studies, the restoration of Giotto’s frescoes began. In March 2002 the Chapel was returned to the world in all its newfound splendor.

From 2021 it is part of the UNESCO World Heritage Sites in the site of the fresco cycles of the fourteenth century of Padua.