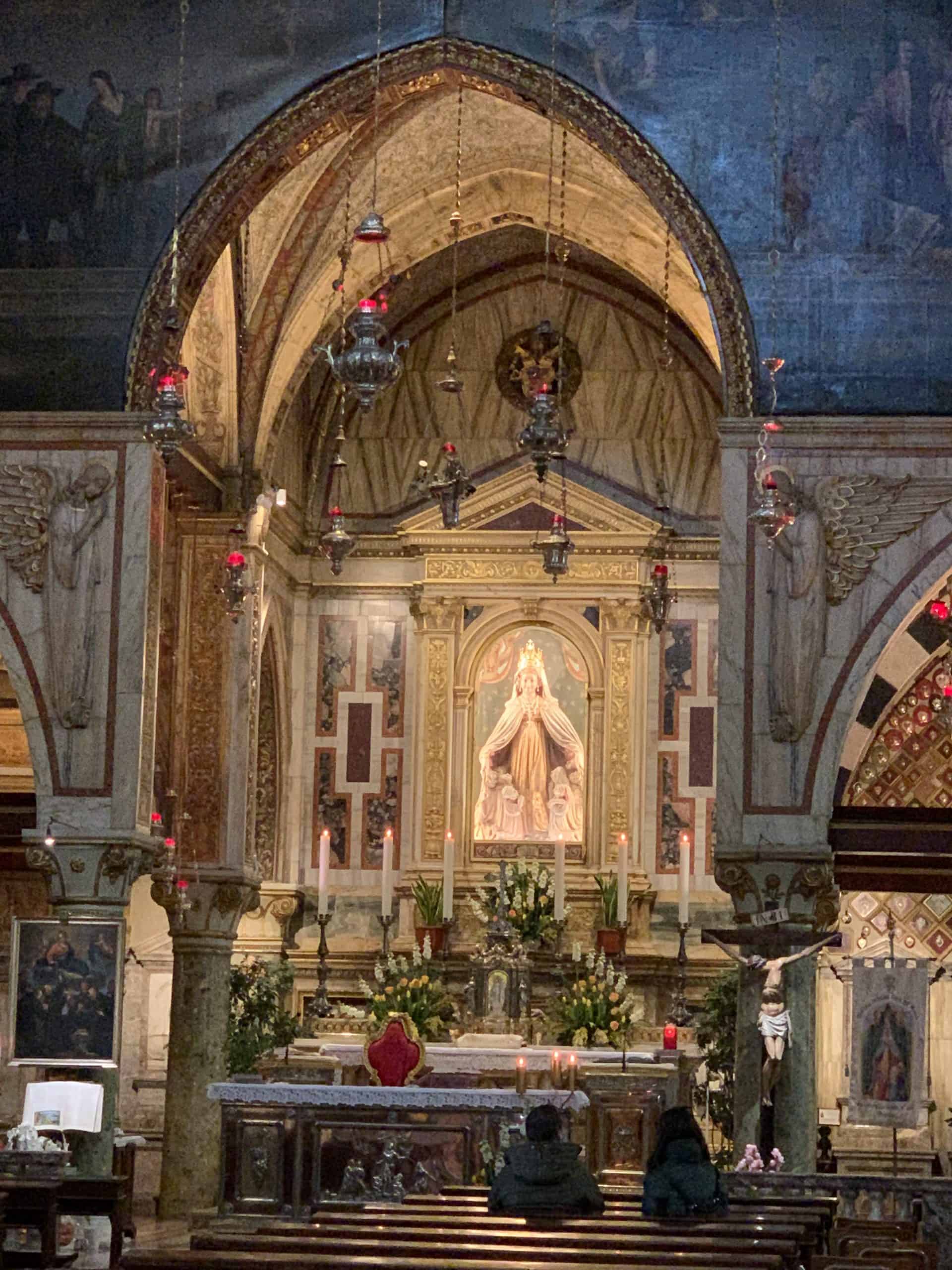 The Sanctuary, located on the hill to dominate and protect Vicenza, is dedicated to the “Madonna of Monte Berico” (the Virgin Mary of Monte Berico) who is also the patron saint of the city.

Sanctuary of Monte Berico was built in 1400, after the apparitions of the Virgin Mary to Vincenza Pasini. The Virgin Mary promised the end of the plague and asked that a church be dedicated to her.

So in 1428, in a few months, the first late Gothic church and a small monastery were built to host a religious community dedicated to welcoming pilgrims.

From construction until almost the mid-nineteenth century, the Sanctuary underwent a series of changes: in 1703 the baroque church was built by Carlo Borella and between 1825 and 1852 the new bell tower was built based on a project by Antonio Piovene.

In the church, the large painting by Giulio Carpioni of 1651, a gift from the college of merchants of Vicenza to the Sanctuary, allegorically depicts the city of Vicenza at the feet of the Virgin.

It can be quickly reached from the historic center of Vicenza along viale X Giugno, or, as the Vicentines traditionally do on 8 September (Feast of the Madonna di Monte Berico), on foot, following the path of the Porticoes or climbing the “Scalette di Monte Berico ”, that is the 192 steps that start from the monumental Arco delle Scalette designed by Palladio.