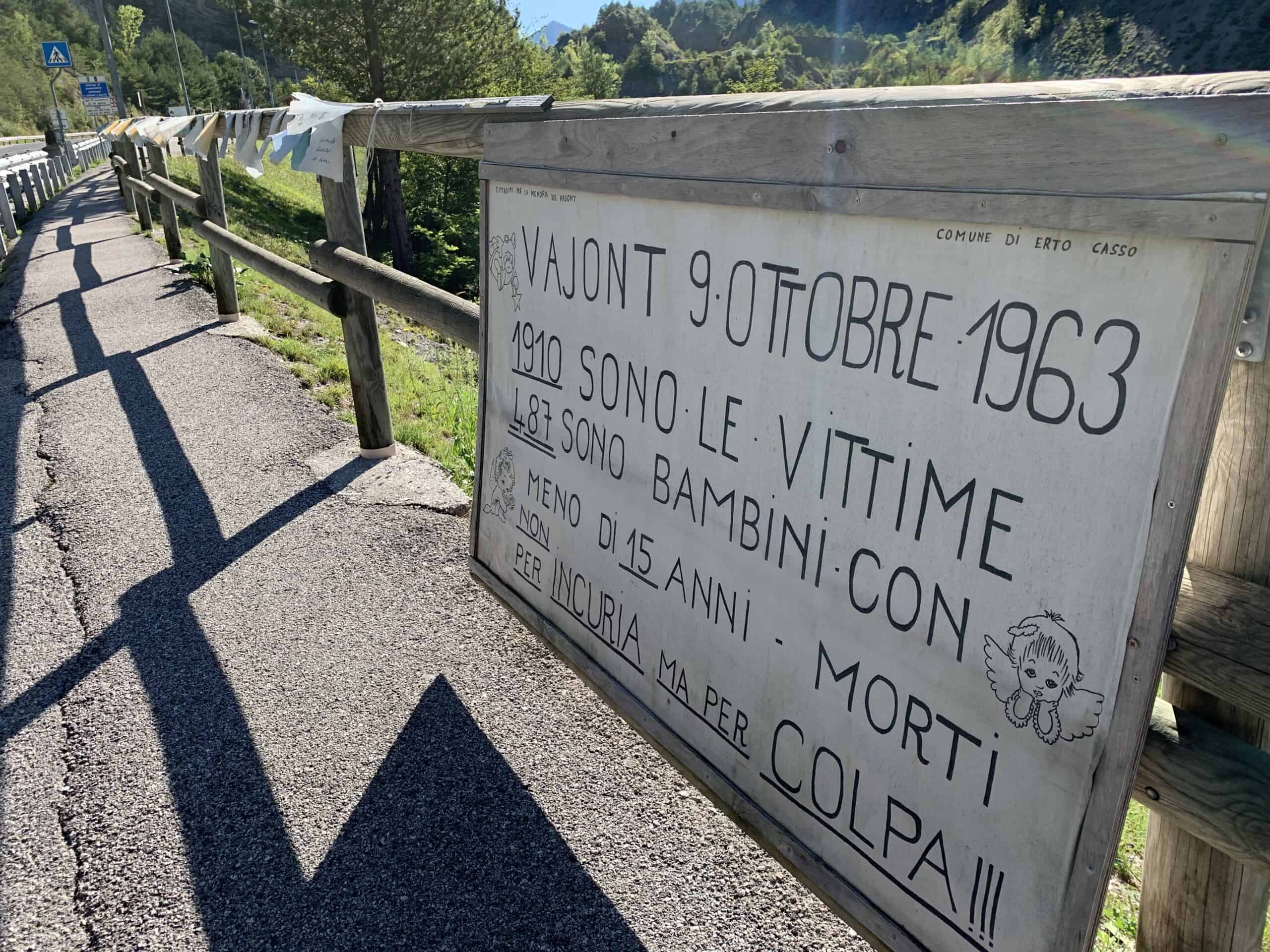 The Vajont dam was designed in 1926 by engineer Carlo Semenza and subsequently built between 1957 and 1960 in the municipality of Erto and Casso in the province of Pordenone.

At 10:39PM on the night of October 9th, 1963, a portion of Monte Toc (Toc Mountain) detached and plunged into the dam’s artificial lake, causing a man-made disaster.

A massive wave of water overflowed the dam and flooded into the Piave valley sweeping away the entire town of Longarone and the surrounding municipalities: over 2,000 people lost their lives.

Many victims were never found, buried beneath layers of water and mud.

The large amount of debris followed the course of the Piave river, flowing a few days later into the Adriatic Sea.

Despite the landslide and the enormous pressure caused by the water, the dam shockingly remained intact.

The main causes of the disaster were linked to a number of geological factors, but above all to the very serious negligence of the engineers ignoring the very real risks and dangers, giving priority instead to economic interests.