The Cathedral of Aquileia 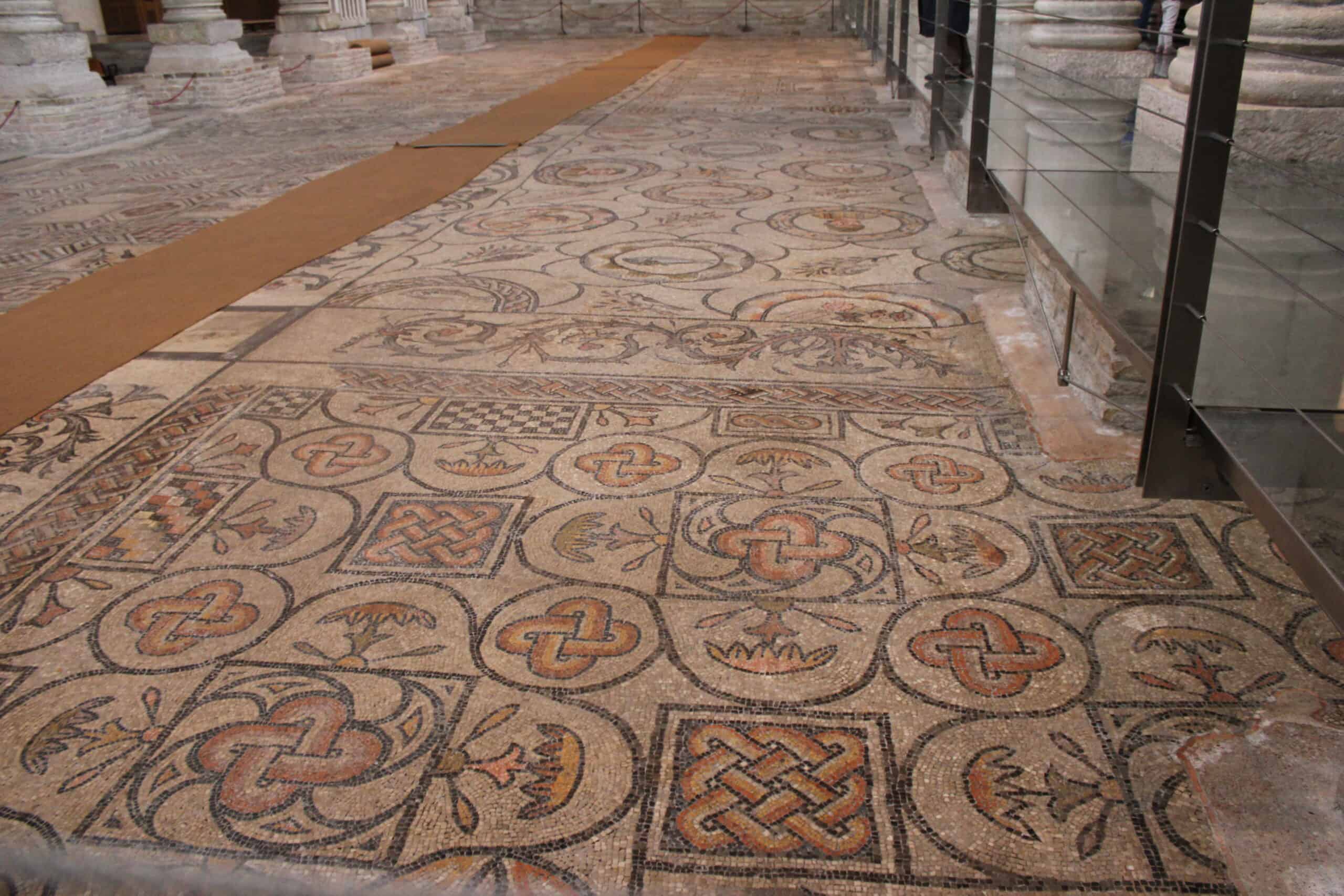 The Cathedral of Aquileia is the oldest Christian building in north-eastern Italy.

The current Cathedral is a magnificent construction in Romanesque style, commissioned by Patriarch Poppone (1021-1031) who rearranged it on the pre-existing Cathedral built by Patriarch Maxentius in the 9th century.

This latter one, in turn, was set on a very ancient paleochristian complex, datingback to the early fourth century, at the time of Bishop Theodore. All the early Christian primitive complex is called, from the name of the founder, “Aule Teodoriane”

What makes the Cathedral of Aquileia of an enormous religious- historical-artistic importance are its huge mosaics, dating back to the most ancient phases of the Church.

Visiting the “crypt of the excavations”, on the left as soon as you enter the Cathedral, you can admire what remains of the floor mosaic of the northern Theodorine hall: the mosaic is divided along the length of the hall into four main bays, separated from each other bybundles or frames.

The southern Theodorine hall is included in what is now the present Cathedral.

The floor mosaic of this hall, which reaches 760 square meters, is the largest and most impressive early Christian one in the Western world.

Here the famous Council of 381 was held, with which Arianism was condemnedthroughout the West.