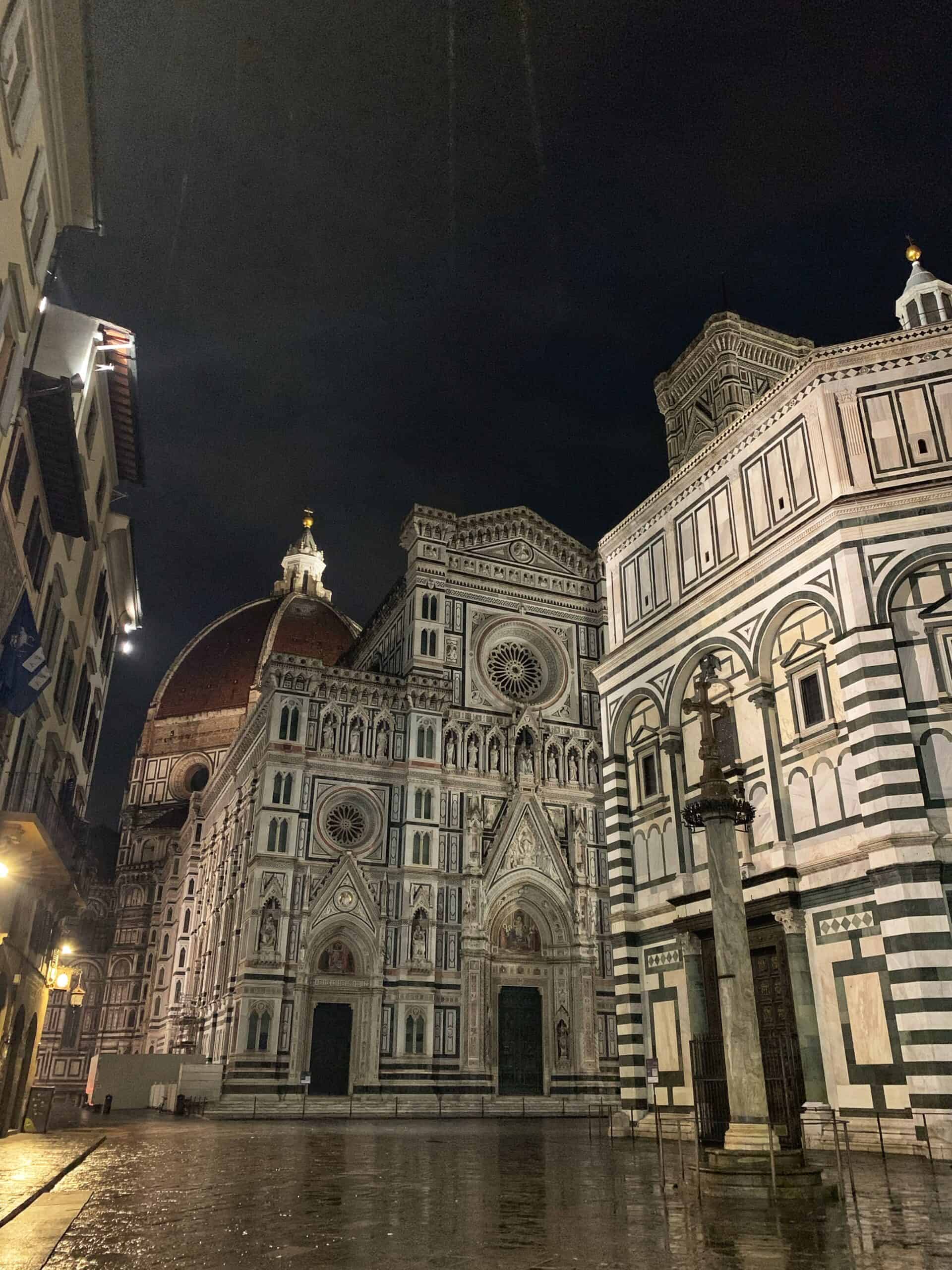 Santa Maria del Fiore is the Duomo of Florence and is the fourth largest church in Europe. In reality, the first objective of the construction was to surpass the cathedrals of the Tuscan rivals Pisa and Siena, both in size and in the richness of the decorations in marble and sculptures.

Santa Maria del Fiore was built at the expense of the Municipality as a “State Church” and the works along the two aisles are part of the civic iconography program in honor of illustrious men of Florentine life, such as the famous “Painting depicting Dante” by Domenico di Michelino.

It was built in 1412 and was dedicated to the Madonna with the name of “Santa Maria del Fiore”.

The Duomo is 153 meters long, with a plan with three naves that end in the rotunda that supports Brunelleschi’s Dome.

Brunelleschi’s Dome is the largest masonry dome ever built and is the roof of the Duomo. In 1420, following a public competition, construction began and was completed in 1436.

The Dome stands on eight segments, called “the sails” and represents one of the highest examples of architecture of all centuries.

The work of the frescoes began only in 1572, by Giorgio Vasari who undertook the decoration only of the first round of the concentric bands. At his death he was succeeded by Federico Zuccari, who in a few years finished the work. The frescoed iconographic theme is the Last Judgment.

To climb to the top of Brunelleschi’s Dome there are 463 steps while to climb Giotto’s Bell Tower there are 414 steps. There are no elevators and the ascent is not recommended for those suffering from heart problems, dizziness, claustrophobia and pregnant women.