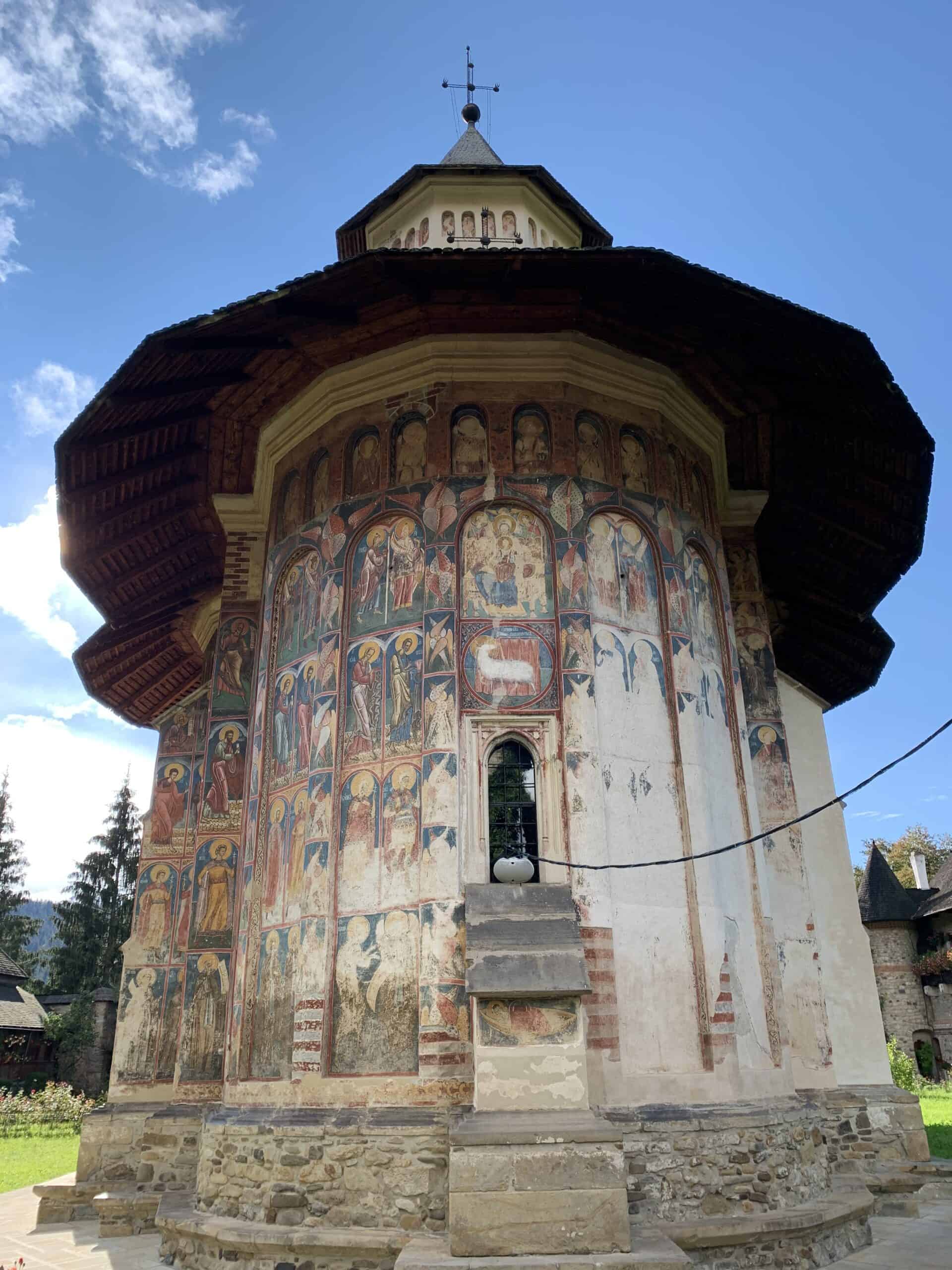 The Moldoviţa Monastery is an Orthodox monastery located in the municipality of Vatra Moldoviței, Suceava County and was built in 1532 by Petru Rareș, son of Stefan cel Mare, to celebrate the victory against the Muslim conquerors of the Ottoman Empire.

The Monastery was decorated in 1540 with frescoes inspired by a poem dedicated to the Virgin Mary and her intervention to protect the city of Constantinople during the Persian attack in 626.

The Moldoviţa Monastery is famous above all for the fascinating style of the paintings, where red-brown predominates. On the outer walls you can admire historical, religious or cultural scenes.

The Monastery has the best-preserved frescoes compared to the other monasteries in the area and, like them, since 1993 it has been part of the UNESCO World Heritage Site.