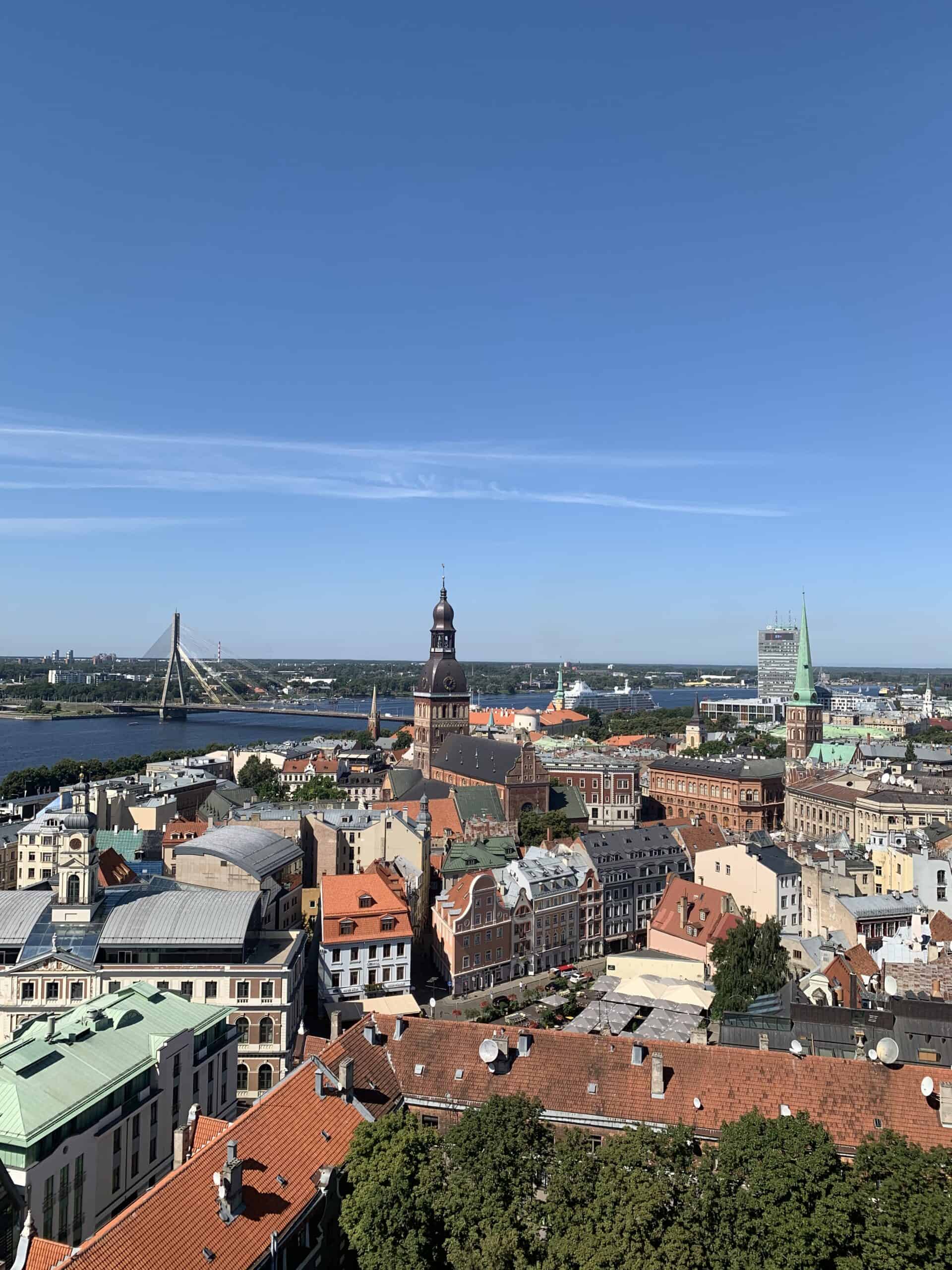 Riga was founded in 1201 but only during the thirteenth century did it reach the peak of its splendor thanks to the entry into the Hanseatic League, precisely in 1282. Later the city became part of the Russian Empire after suffering Polish and Swedish hegemony.

Only in 1991 Riga returned to being the capital of independent Latvia.

The historic center of the city is a UNESCO World Heritage Site and is characterized by a unique and engaging atmosphere, also animated by the presence of typical and modern shops, restaurants and clubs. Among the main attractions that are located in Riga are: the Cathedral, the Art Nouveau area, the Freedom Monument.

The Cathedral of Riga is the most important Protestant church in the entire Baltic area, dating back to the thirteenth century and is characterized by a Romanesque style, to which are added several Gothic elements and the 90-meter-high Baroque tower, symbol of the capital of Latvia.

A short distance from the Cathedral is the oldest residential structure in all of Riga, The Three Brothers: these are three houses built in Gothic, Renaissance and Baroque styles.

The Centrs, the Art Nouveau area, dates back to the mid-nineteenth century, and consists of hundreds of buildings in Art Nouveau, Art Nouveau or Judenstils style among which is the House of the Cat, a yellow house on whose roof there is a bronze cat.

In the square that separates the Old Town from the Centrs is the Freedom Monument representing Latvian independence and patriotism. It is 42 meters high, with its arms raised to the sky stands a female figure that represents freedom and is called Milda. Above the head raises three gold stars symbolizing the three regions: Courland, Livonia and Latgalia.

In the same area there is also the Laima chocolate factory, the most important in the entire Baltic area. A true national icon is the clock that the company had built in the twenties: restored several times, it has survived all the various historical periods and today it is used as a meeting point and reference point.

Near the Freedom Monument is the starting dock of the Riga Canal tours. Along the canal meet the remains of the old fortifications.