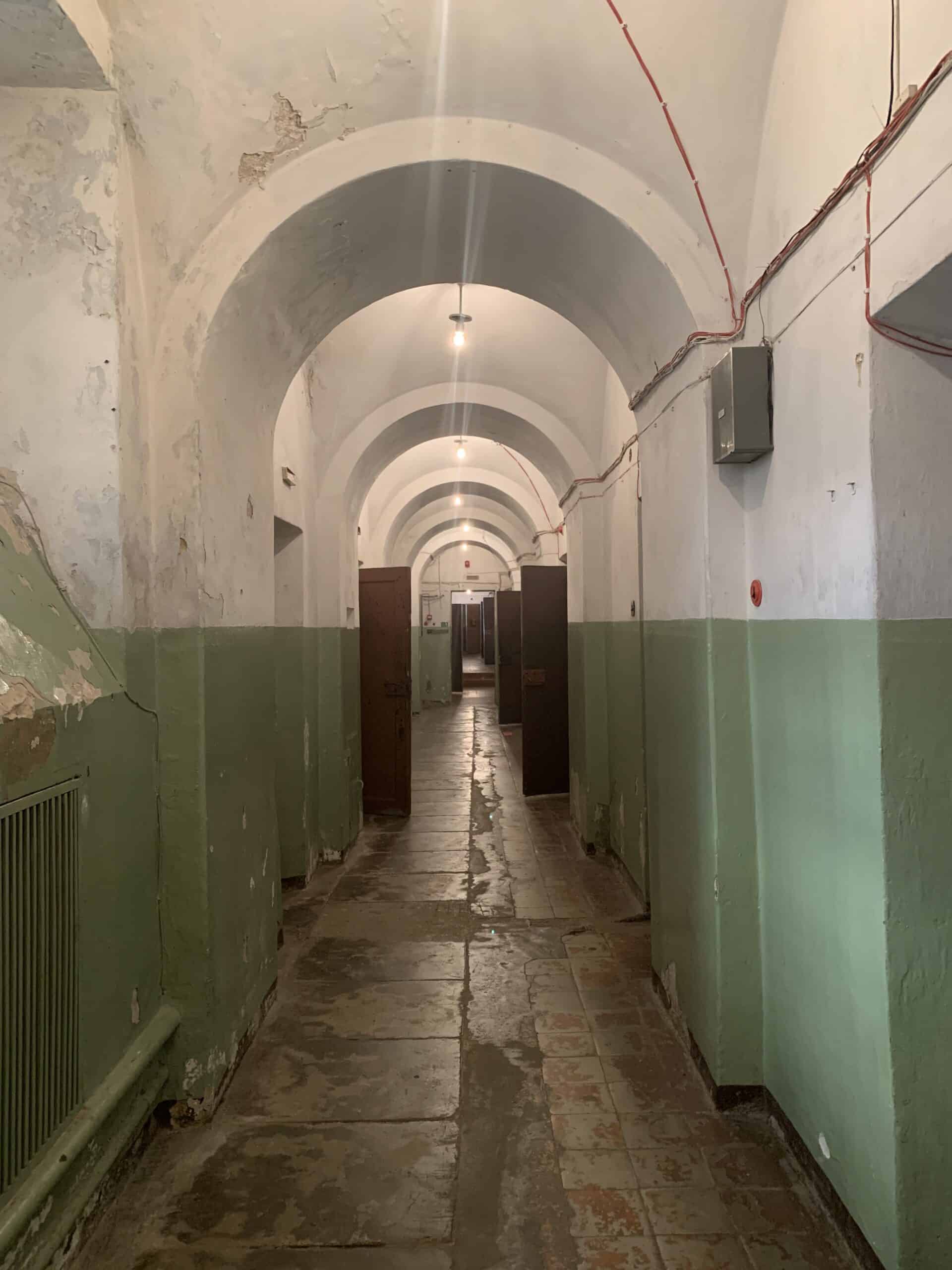 The Museum of Occupations and Struggles for Freedom was established in 1992. From 1944 to 1991 it was the headquarters of the Soviet secret police, known by the acronym KGB. Here dissidents of the regime were imprisoned and interrogated.

On the first floor of the museum (former office of the deputy head of the Lithuanian KGB) is an exhibition of documents, photographs, maps and other objects depicting the Lithuanian Sovietization in 1940-1941.

The exhibition is also dedicated to the territorial partisan guerrilla warfare of 1944-1953 against the Soviet armed resistance and the deportation to Siberia of Lithuanian dissidents.

The basement of the building contains the former KGB prison with its isolation cells for interrogation where Lithuanian prisoners suspected by the occupation authorities from the autumn of 1940 until 1987 were detained.

It is possible to visit the offices of the guards, the detention cells, the isolation cells and the spaces where the executions, often summary, of those sentenced to death took place.

Outside, on the granite walls of the building, a part of which is now the seat of the Court of Appeal, the names of all those who were victims of the KGB were engraved here.

In 2018 Pope Francis during his Apostolic Journey to the Baltic Republics visited this museum/memorial focusing in particular on the isolation cells, No. 9 and No. 11, 60cm wide. In cell number 11 are exhibited the photographs and stories of some Catholic bishops persecuted for their faith, including Archbishop Teofilo Matulionis, proclaimed blessed on 25th June 2017.