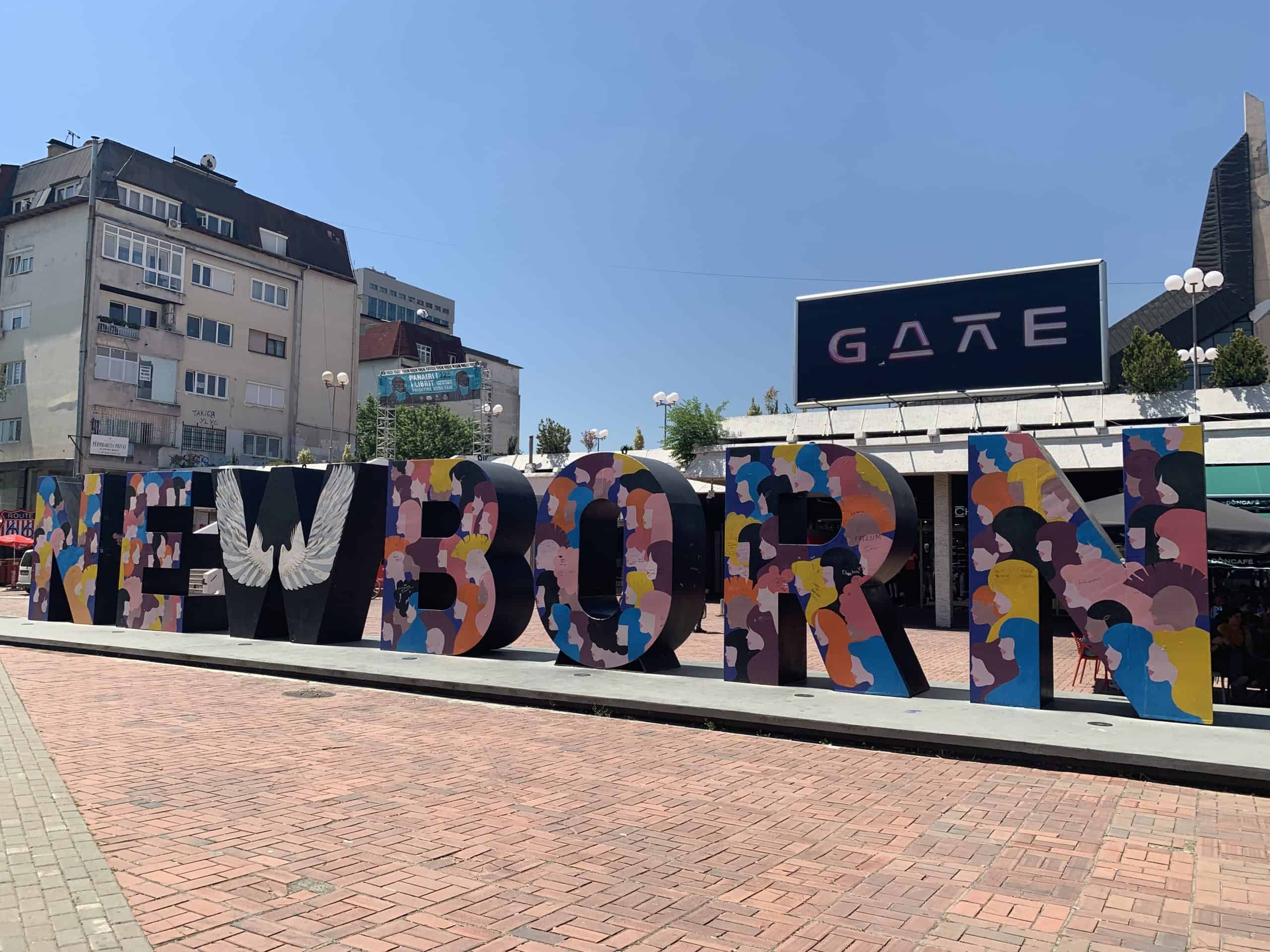 The building that houses the National Library of Kosovo was completed only in 1986, much later than planned and in a particularly difficult period for the Yugoslav Federal Socialist Republic that was entering a serious period of economic crisis.

It is a building that occupies about 16,500 mq consisting of 99 domes of different sizes and entirely covered by a metal mesh.

Inside there are large reading rooms, rooms that host temporary exhibitions, special collections and a 150-seat amphitheater, while the atrium is often used cultural events. The atrium has a mosaic floor and is located under the largest dome in the library. The architect’s idea was to mix together, in a completely modern style, Byzantine and Islamic architecture.

Today, the National Library has the important objective of collecting, preserving and making accessible the great literary and cultural heritage of the nation. Inside the library are preserved over 2 million books, some collections of ancient books, old newspapers and magazines, Albanian manuscripts in Latin and Greek and precious Arabic texts.

The building that houses the National Library is one of the most discussed and least loved in the nation being a clear example of Yugoslav socialist architecture.

The Newborn monument is one of the most well-known tourist attractions in the city.

It is an art installation, 24 meters long, characterized by the English inscription “Newborn”. The monument was unveiled on 17th February 2008, the day Kosovo declared independence from Serbia.

Initially the inscription was painted with a pale yellow and later it was filled with the flags of the countries that recognized Kosovo.

At each anniversary the theme of the inscription changes, often focusing attention on environmental and equality issues.

The word “Newborn” represents the birth of a new country and was expressed in English so that it was easy to understand for everyone, emphasizing how Kosovo is a country that aims at innovation.