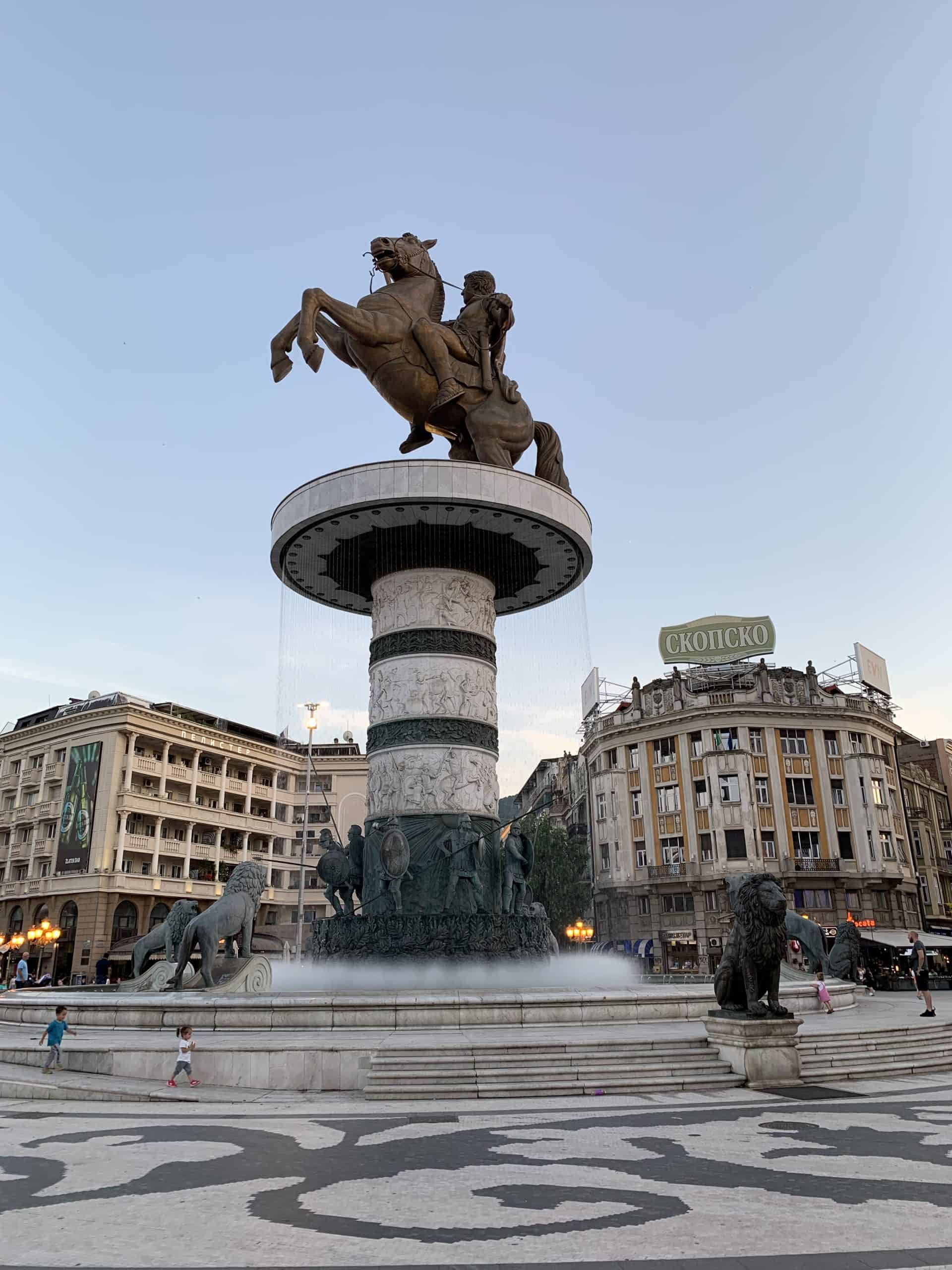 Macedonia Square in Skopje was built in the period between the two world wars, between 1920 and 1940.

In this square you can find numerous nationalistic monuments among which the great equestrian statue and the Macedonia Gate stand out.

The statue of the Warrior on Horseback is in a central position of Macedonia Square, the monument was inaugurated on8th September 2011 on the occasion of the 20th anniversary of the proclamation of the independence of the Republic of Macedonia.

The monument represents a composition made up of several elements. The monument is 25 meters high and is dedicated to the Warrior on Horseback (Alexander the Great according to the Macedonians). Around the column is the fountain with eight bronze soldiers 3 meters high and eight lions

This monument cost over 7 million Euros and is part of the Skopje 2014 project  (almost cost 600 million Euros) trying to transform the capital into a large nationalistic open-air museum making it, according to “The Guardian”, the European capital of kitsch.

The Macedonia Gate is the symbol of the great historic victory: the founding of the Republic of Macedonia, an independent and sovereign state. Also built in 2011, it has a height of 21 meters.

The Stone Bridge over the Vardar River was built in the first half of the 15th century.  The bridge connects the old and new city and is 215 meters long. In 1905 the pedestrian paths along the river were built and in the last decade of the twentieth century it was completely renovated.