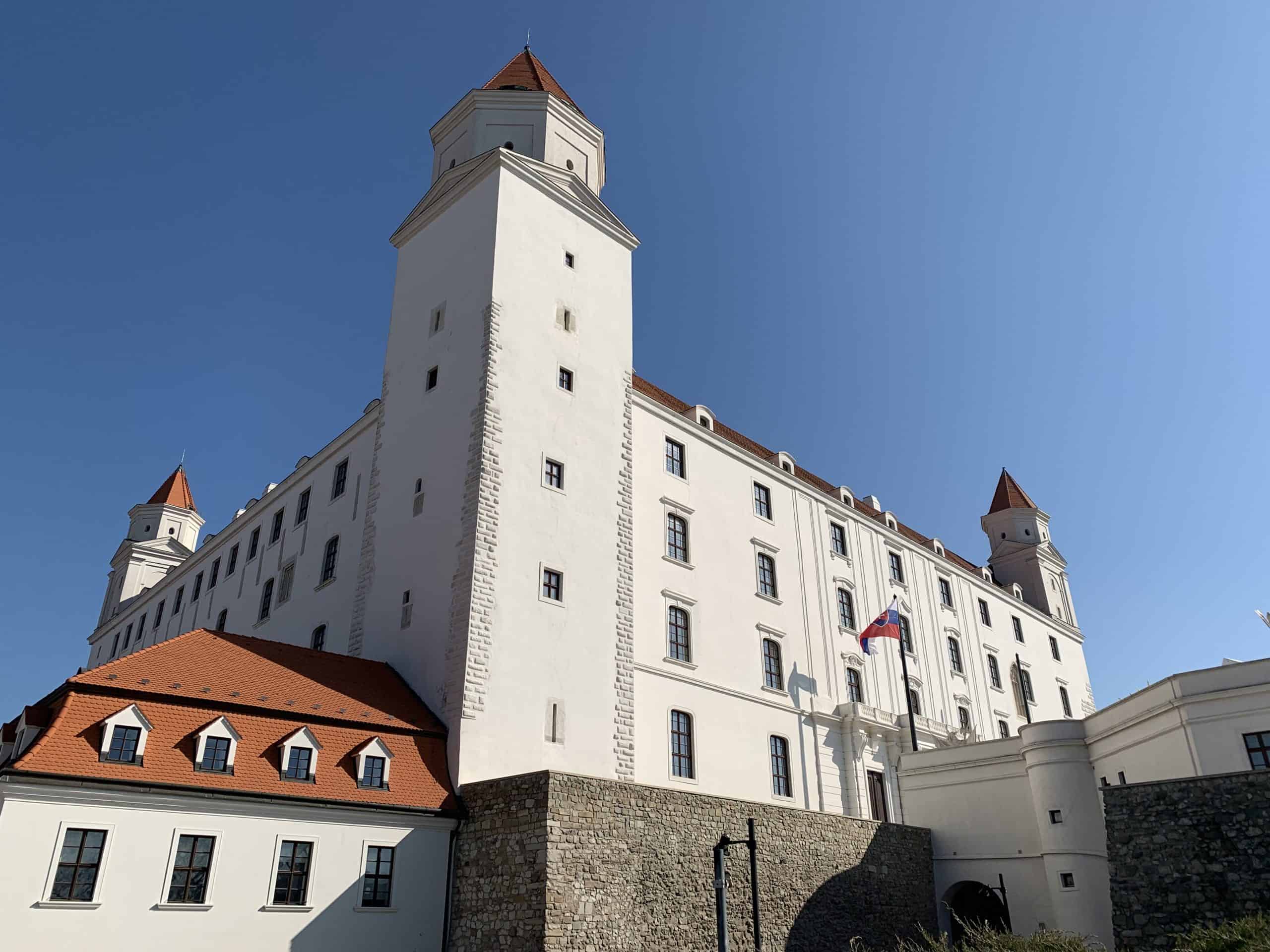 Bratislava Castle stands on a rocky hill, in a dominant position with respect to the Danube, overlooking the city of Bratislava.

Bratislava Castle was the residence of the Hungarian Kings when the city became the official venue for coronations.
It was built in the tenth century by the Romans on an already existing Celtic fortress.

In 1811 a terrible fire broke out caused by the imprudence of the Napoleonic soldiers, who completely destroyed it and until 1970 only its ruins dominated the city.

The Castle houses the History Museum and part of the Slovak National Museum where artifacts from the Stone Age to the present day are exhibited.

The most important section of the History Museum is dedicated to the history of the former Czechoslovakia and the birth of the Slovak Republic.