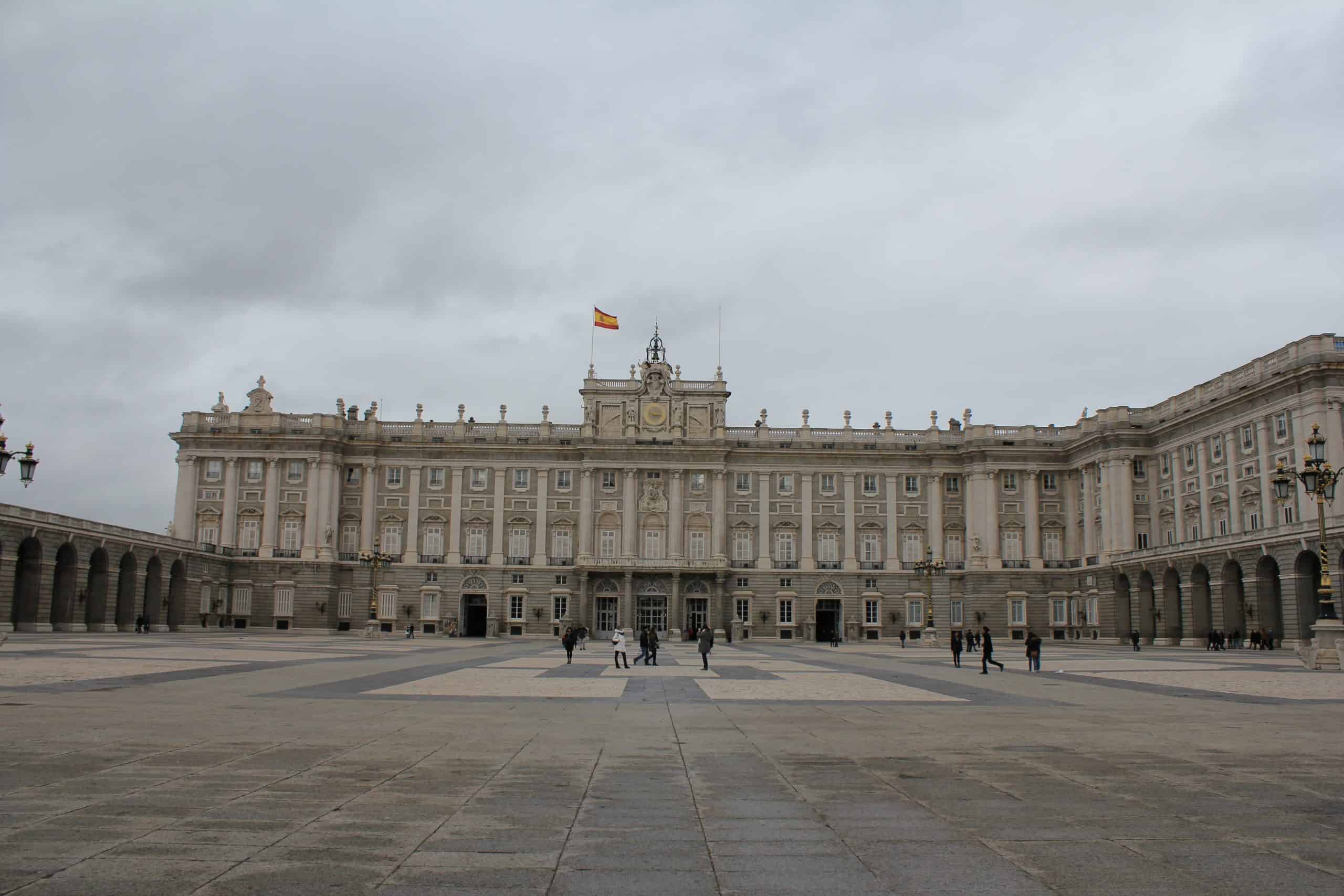 Royal Palace of Madrid is the residence of the royals of Spain but is only used for official ceremonies.

The current Royal Palace dates back to 1764 and stands on the ruins of the former residence of the royal family destroyed by a terrible fire on Christmas Eve 1734: the Alcázar, which housed the royals of Spain since the sixteenth century.

The whole complex covers an area of 135,000 square meters and boasts more than 3000 rooms, thus winning the record of the largest royal palace in Europe.

A stone’s throw from the Royal Palace, there is the Almudena Cathedral with a much more troubled history than that of the nearby Palace.

In 1624, King Philip IV and his wife Isabella of Bourbon decided that the cathedral of Madrid would be built in the same place where the Church of Santa Maria dell’Almudena stood. But from the realization of the project to the construction, more than 200 years passed animated by political revolts and economic problems. The first stone of the Almudena Cathedral was laid in 1883, but only in 1993 it was consecrated by Pope John Paul II thus finally opening the doors to his faithful.

For this reason, the appearance of the Cathedral is a real mix of different styles, witnesses of the various phases of construction that have animated the history of this monument.