The Cathedral of Sant’Antonio – Padua 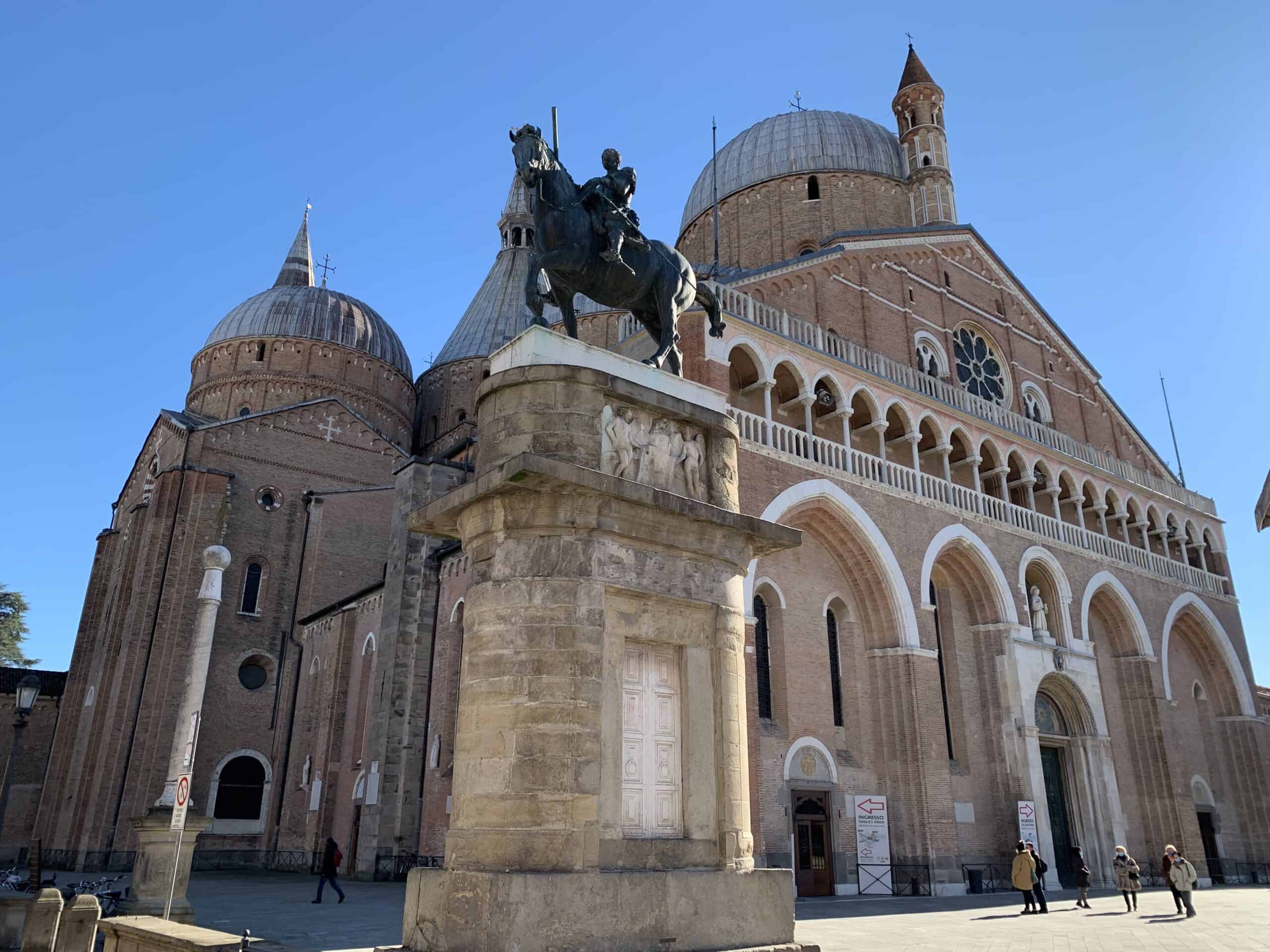 The Cathedral of Saint Anthony in Padova, also called Cathedral of the Saint, was built between 1232 and 1310.

On the death of Friar Antonio (12 June 1231), later proclaimed a Saint, his body was taken to the convent where the Basilica dedicated to him was built the followingyear.

It represents one of the symbols of the city of Padua and one of the most important places of worship in the city but also in the whole of Christianity.

According to a widespread tradition in the late Middle Ages, in this place there was a temple dedicated to the goddess Juno, in which the Paduans donated and hung thetrophies won in their battles.

The facade is 28 meters high and 37 meters wide; there are five recessed arches, the central one is surmounted by a niche containing the statue of the Saint and the main door opens below. In the lunette of the main portal there is a copy of the fresco by Andrea Mantegna with a representation of Sant’Antonio and San Bernardino who adore the monogram of Christ. The original fresco is kept in the nearby convent.

On the facade there are three bronze doors, in the central one you can see the statues of San Ludovico da Tolosa, San Francesco, Sant’Antonio and San Bonaventura.

Inside the Basilica there are the most significant places: the Ark of the Saint where the body is placed, the Chapel of the Relics where the reliquaries of the Saint are exhibited as those of the Uncorrupted Language, the cassock and the chest in which it was initially deposed the body.

On the roof of the Basilica there are eight domes and two slender towers used as bell towers, which reach 68 meters in height.

The parvise of the Basilica was used as a cemetery for centuries and some tombs are stillpreserved.

Outside there are several cloisters but the most fascinating is the Cloister of the Magnolia, so named for the presence of the majestic magnolia positioned in the center.