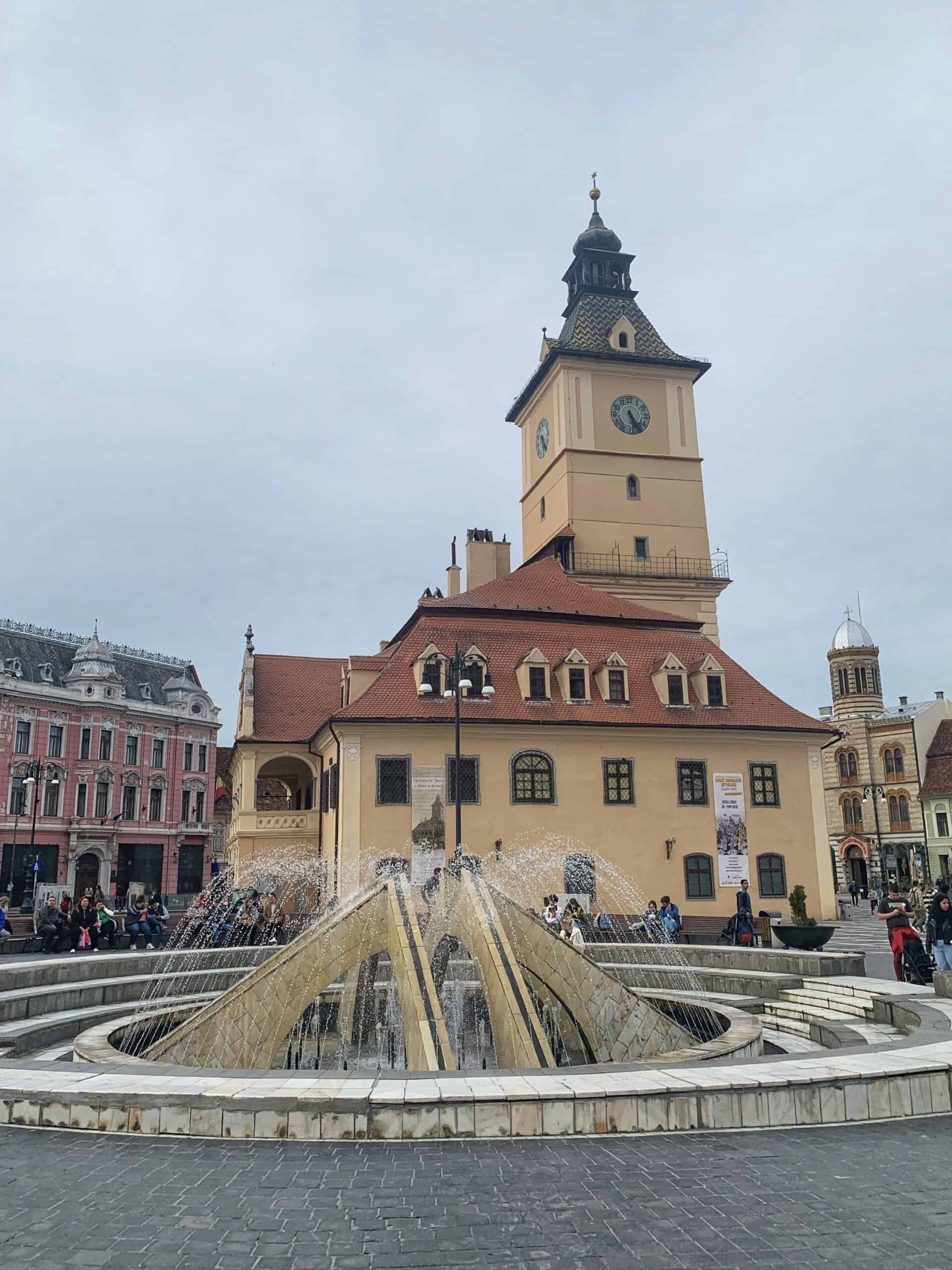 Brașov is located almost in the center of Romania, about 170 km from Bucharest. It is the largest city in Transylvania with almost 300,000 inhabitants. Founded by the Teutonic Knights in 1211 and fortified by the Saxons, the city is a maze of narrow streets, baroque facades and Gothic spires.

There are numerous points of interest but the main ones are the Biserica Neagra, the Piata Sfatului and the ancient defensive gates.

The Biserica Neagra in Brașov is among the most famous Gothic churches in Romania. The building, 90 meters long and with a bell tower 65 meters high, is located in Piazza del Municipio and was built between 1385 and 1477. In 1689 a great fire devastated much of the city and blackened the walls of the church and since then its name is the memorial of those tragic events. The interior of the church, in Baroque style, houses one of the largest collections of oriental carpets in Europe, with over 119 Anatolian carpets donated to the Church by some German merchants between the seventeenth and eighteenth centuries as thanks for surviving in the barbarian lands.

Piata Sfatului is the central square of the historic city center. It is overlooked by houses from the 1800s and 1900s, most of which are historical monuments. Among these, the most important of all is the Casa Sfatului which gives its name to the square. Built in 1420, it now houses the Brașov County History Museum.

The Catherine Gate was built for defensive purposes in 1559, to replace the old gate destroyed a few years earlier by a flood. It takes its name from the ancient Monastery of Santa Caterina. The 4 turrets built on its top signify the legal autonomy of Brașov in the Middle Ages. Today, the Catherine Gate is the only one left among the ancient city gates, it is said that in the Middle Ages it was the only entrance for the inhabitants of the nearby village of Șcheii Brașovului who were not allowed to use the other 4 gates because, during the Kingdom of the Saxons from the thirteenth to the seventeenth century, Romanians were forbidden to have a property within the city walls and therefore could enter Brașov only by paying a toll at the entrance of the Catherine Gate.