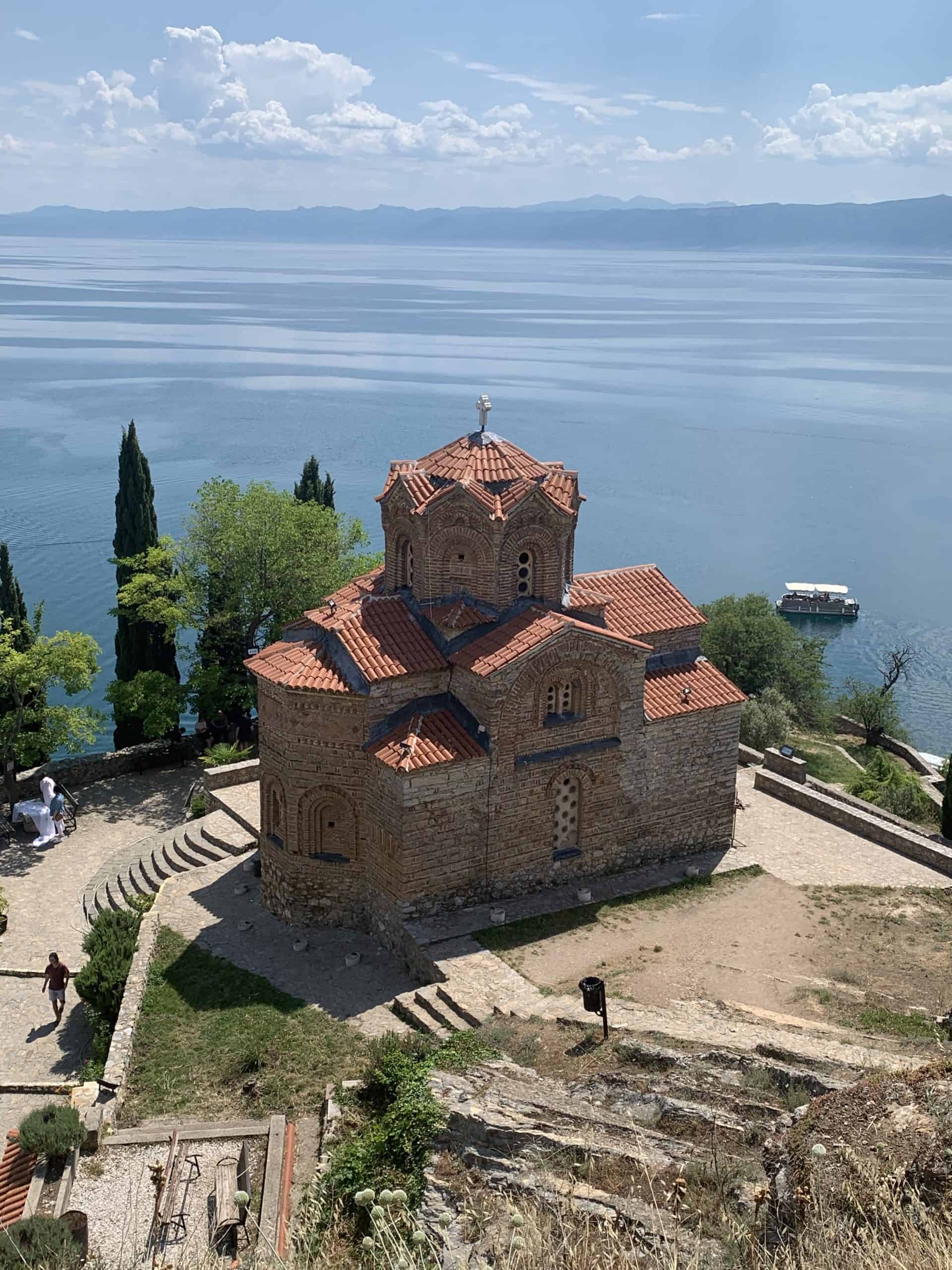 Ohrid, a small town on the Macedonian shore of Lake Ohrid, is recognized and protected by UNESCO thanks to the series of monasteries of considerable historical importance.

Like much of the country it is a set of various cultures such as Greek, Roman and Middle Eastern.
Ohrid is also called the Jerusalem of the Balkans, legend has it that it once had 365 churches, one for each day of the year.

There are numerous works but the main ones are the Monastery of St. Panteleimon, the Church of St. John in Kaneo, the Hellenistic Theater, the Fortress of Tsar Samuil and the Church of Sveti Kliment.

The Monastery of St. Pantaleon and the archaeological area of Plaosnik are considered the most important religious area in all of North Macedonia, inside the Monastery are kept the relics of St. Clement, patron saint of the Republic of North Macedonia and the Macedonian Orthodox Church. According to legend, the Monastery was built on the remains of an old church by St. Clement when he arrived in Ohrid. Ancient texts report that right here St. Clement taught the local population the Glagolitic alphabet, the ancient Cyrillic alphabet also used to translate the Bible. In the fifteenth century, this church also came under the rule of the Ottoman Turks, who transformed it into a mosque, to be restored numerous times over the centuries.

St. John’s Church in Kaneo is perhaps Ohrid’s most iconic architecture with its stunning views of the lake. The church is dedicated to St. John the Evangelist, and was built in the mid-fifteenth century on the remains of an ancient monastery.

Tsar Samuil’s Fortress is a defensive work of the eleventh century in the center of Ohrid, capital of the First Bulgarian Empire. In the area of the Fortress there is the Hellenistic Theater built by the Greeks in the year 70 before the advent of the Romans.