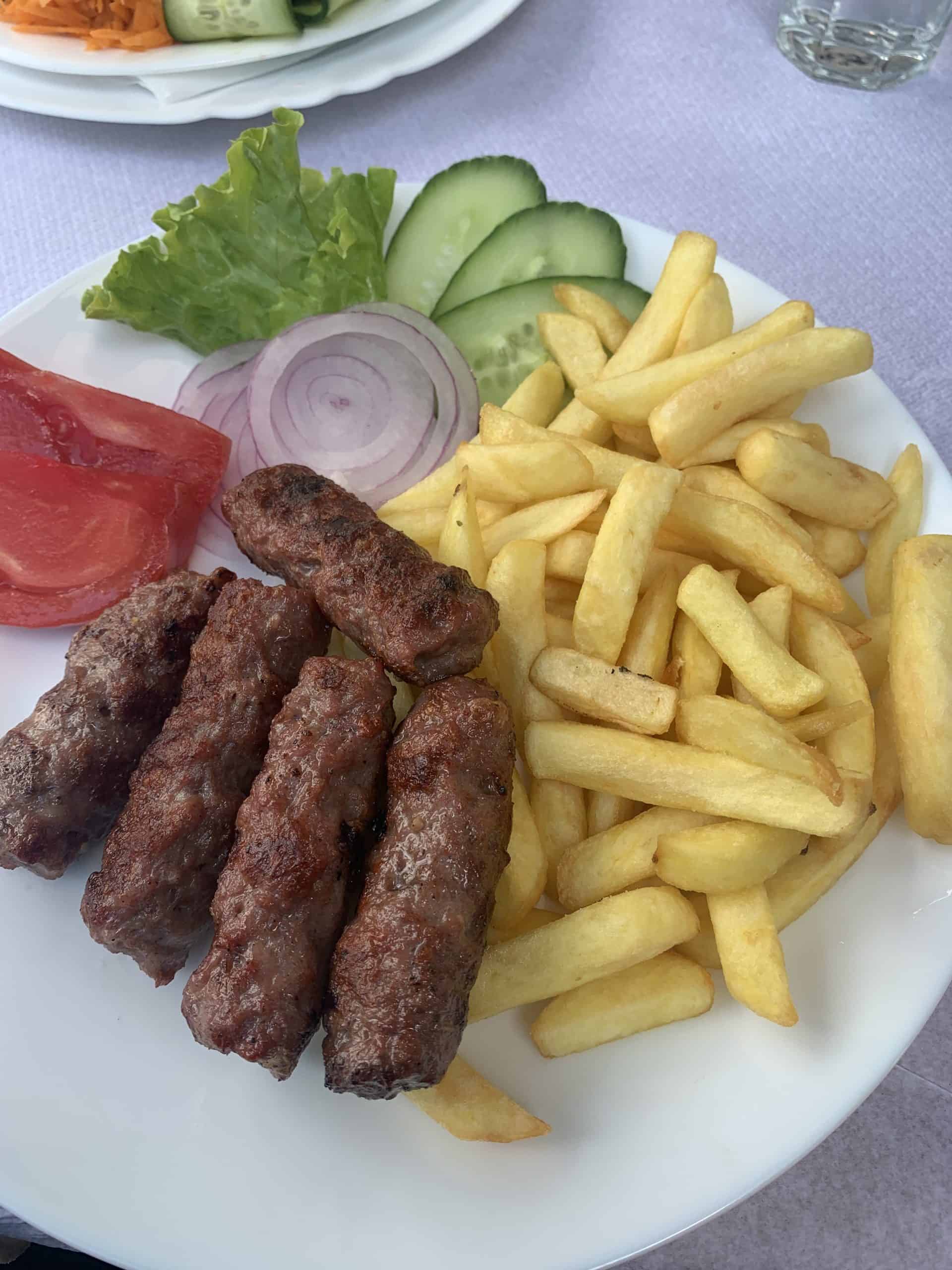 Ćevapčići are meatballs with a cylindrical shape characterized by a particularly spicy and decisive flavor, due to the presence of abundant onion, garlic and paprika.

They are typical of Balkan cuisine, but are also prepared in part of north-eastern Italy, Austria and Romania, where they are called mititei or mici.

The name comes from the Persian word kebab, along with the diminutive of the Slavic languages -čići (čevapčiči/čevapi). In some areas, such as Serbia, they are also called only ćevapi. In North Macedonia they are also called “kebapi” denomination closer to the original one.

Ćevapčići are made with finely chopped beef, pork and lamb and then seasoned with salt, spices and aromas. In Bosnia and Herzegovina and in all countries with a Muslim presence, pork is removed.

Ćevapčići are traditionally served in various ways depending on the country you are in: with raw onion and ajvar sauce (a spicy sauce made from peppers), with Arabic bread and yogurt sauce, with pickles and chips (in Romania), with sour cream and with other variations.

The classic recipe for about 15 ćevapčići