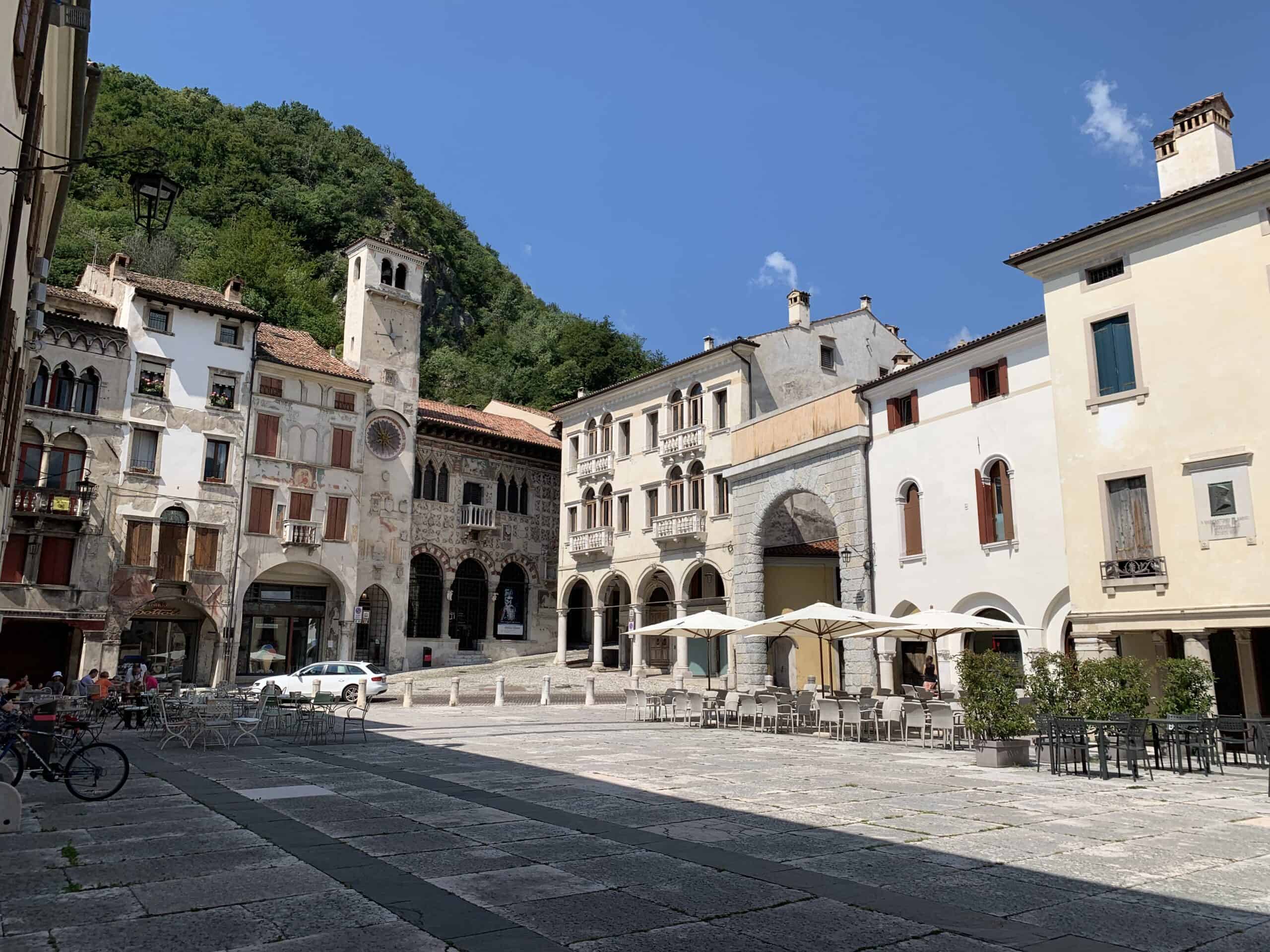 Follina is a small urban center at the foot of the Treviso Prealps and is part of the “Most Beautiful Villages in Italy”.

The territory surrounding Follina is rich in history and has given birth to important famines, which have helped to make the history of the Serenissima Republic of Venice. The discovery of some finds that date back 120,000 years tells us that civilization made its appearance in Follina already in prehistoric times. Instead, they are from the Roman era the remains of.C a route that someone identified with the Via Claudia Augusta Altinate, an important military road built in the first half of the first century AD, to connect the Po Valley with Bavaria, up to the Danube. The textile sector prospered for centuries, reaching its peak from the 17th century. Cistercian Abbey of Santa Maria was built in 1200 and is the true spiritual heart of Follina. According to tradition, the Benedictines miraculously found in the vicinity of Follina a stone statue depicting the Madonna and Child, presumed dating back to the 7th century. The construction of the cloister, pre-basilica in age and now perfectly preserved, was completed in 1268, when the Cistercian monks settled in the monastery.

Molinetto della Croda is an ancient water mill located in the Lienza valley, in the province of Treviso.

A characteristic example of 17th-century rural architecture, the building has been built several times. The foundations of primitive construction rest on the bare rock, precisely the “croda” of the mountain. The subsequent extensions made it possible to obtain the dwelling of modest miller families. The old mill, a symbol of an endangered rural civilization under pressure from technology, slaughtered the last flour of 1953. Today the Mulino della Croda houses the historical museum of the mill.

Serravalle is a district of Vittorio Veneto in the province of Treviso, Italy.

In 1866 the podestà of Serravalle and nearby Ceneda asked the new Italian government to be able to unite the two cities giving rise to the new city of Vittorio Veneto, in honor of Vittorio Emanuele II King of Italy. Piazza Marcantonio Flaminio is the result of a valuable sixteenth-century restoration and further nineteenth-century restorations. In particular, its regular shape and the istrian stone flooring stand out. The square is surrounded by Renaissance-era palaces and is closed to the northwest by the Palazzo della Comunità (or Loggia di Serravalle), an ancient seat of the city government rebuilt between 1462 and 1476, currently hosting the Cenedese Museum, which displays finds from the Roman and medieval eras, podestarili coats of arms and a collection of works of art.