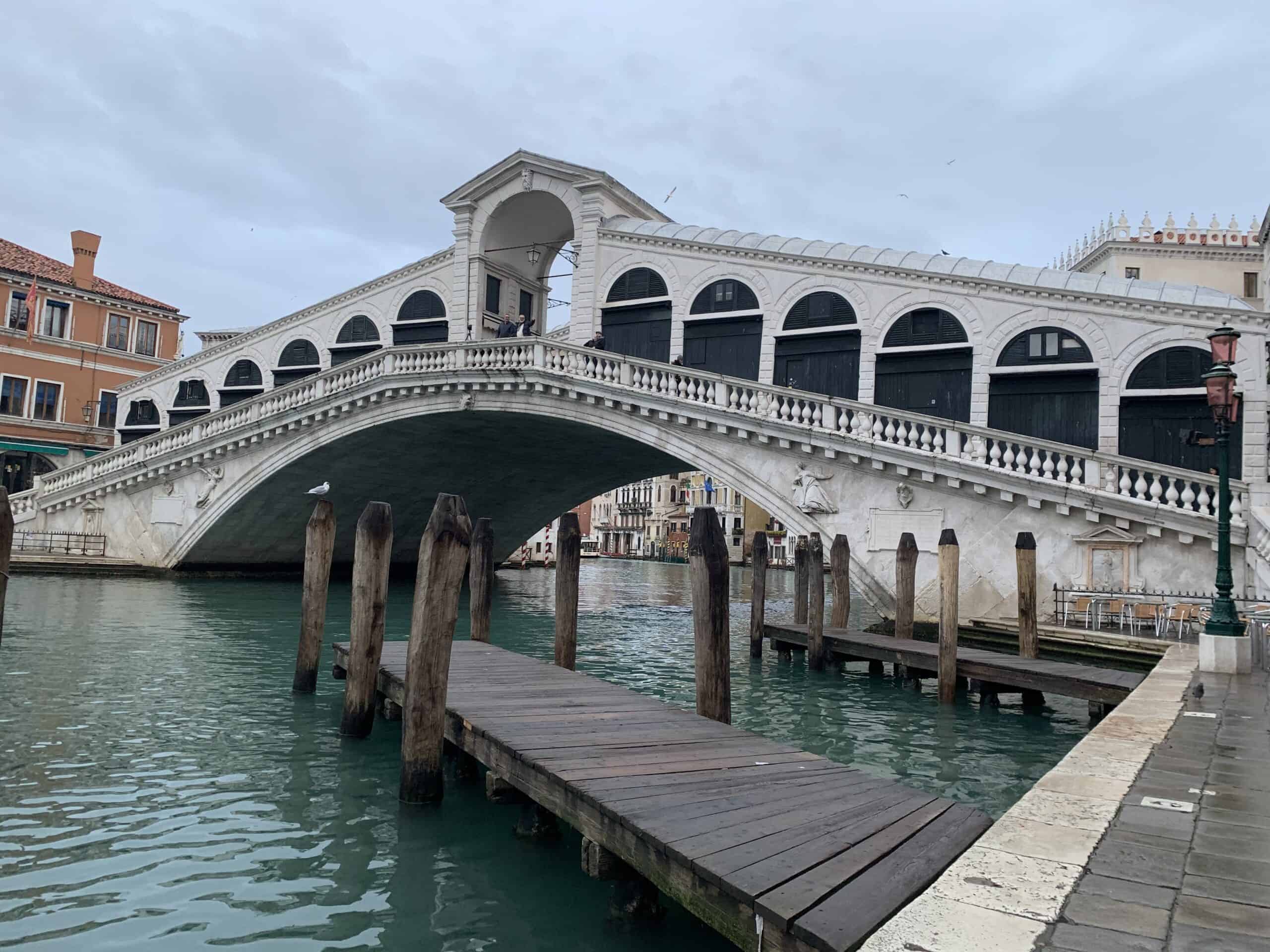 Venice is also the city of bridges that connect one building to another overlooking thevarious canals of the city.

Among the most famous bridges there is certainly the Rialto Bridge (Ponte di Rialto), one of the four bridges that crosses the Grand Canal (Canal Grande). Built in 1255 (a pontoon bridge was already present in the same area since 1181).

The Rialto Bridge for centuries was the only bridge over the Grand Canal. At its foot one of the most important markets in Europe has always found its naturallocation.

It was full of imported goods, but also of local artifacts.

Another one of the most famous in Venice is the Academy Bridge (Ponte dell’Accademia) entirely built in wood. The wooden bridge that was provisionally created in 1933 proved to be so solid that it was decided not to tear it down.

Another symbolic bridge of the lagoon city is the Bridge of Sighs (Ponte dei Sospiri) which was built in 1614 to join the Doge’s Palace to the adjacent building of the NewPrisons.

The famous name of “bridge of sighs” refers to the sigh of the prisoner who, leaving the courthouse of the Doge’s Palace, crossing the bridge has the last chance to glimpse the lagoon before reaching the prison where he will serve his sentence. The bridge is one of themost famous and photographed symbols of the lagoon city.

Today it is considered the bridge of love.